As much as many like to denigrate the legal profession, attorneys are an important component to our society, in particular regarding the complex world of workers' compensation.

Sometimes lawyers are called upon to protect the legal interests of an injured worker, sometimes it's just to explain the process and answer questions about the law and regulations. Sometimes claimant lawyers can actually smooth the dispute by realigning the expectations of the injured worker.

And sometimes obtuse positions are taken that could be construed as against the interests of the injured worker.

Regardless, when one is hurting, in pain, and confused, dealing with the intricacies of workers' compensation is overwhelming, and legal representation can make a difference between a lifetime of impoverished living and return to normal lifestyle.

How to pay for that legal representation has been a vexing question from the very beginning.

The traditional mode is to base fees on the amount of recovery obtained on behalf of the client - a contingency fee. 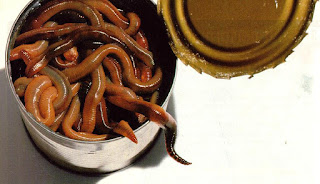 Contingency fees have positive and negative attributes, of course, some of which are inconsistent and conflicting.

For instance, if the job of the attorney is to get as much money as possible for the client, then a contingency fee is highly motivating. But the inverse is that the goal in any medical care system is to return the injured to as good of relative health as pre-injury status, not a high level of disability.

And if a case doesn't appear to have an attendant high level of disability, ergo a small fee, then the injured worker may not find any representation - after all the business of law in most attorney practices still overrides charity. There are staff members to pay, electricity and phone bills, and rent...

Texas has a unique system for paying claimant attorneys. There is a maximum hourly rate on fees, a cap based on the value of recovery, and time spent on certain processes is regulated as well.

The hourly rate hasn't changed since 1991 and has been set at $150 per hour since then.

As far as I know, Texas has one of the lowest litigation rates of any workers' compensation system. Many that I have talked to have said this is because it is impossible to make a living representing injured workers based on the fee constrictions, so injured workers go without legal representation.

The Division of Workers' Compensation is now proposing an increase in the hourly rate to $200. While welcomed by the claimant bar, the proposed rate increase is criticized nonetheless as inadequate because it is still short of what it would be based on inflation.

That viewpoint, of course, is based on the assumption that back in 1991, $150 per hour was reasonable - it might not have been...

I'm an old guy, and one should not rely upon my memory, but in 1991 I recall my hourly defense rate was less than $100 per hour. And that was in metropolitan Los Angeles, which has, generally, a much high cost of living than in Texas. Based on the Bureau of Labor Statistics calculator, that rate would be $174.84 today.

That same calculator returns a value of $262 per hour, noted attorney John Pringle in written criticism about the proposed change to the TX DWC.

Nirvana for everyone except those in the business of law would be to devise a workers' compensation system devoid of dispute. That isn't going to happen, and in fact, we tend to do otherwise and introduce all sorts of procedural hurdles and qualifying rules that seem to provoke disputes.

I don't have a realistic solution. As long as someone has something that someone else wants, there's going to be disputes and rather than resolve those disputes via duels or fisticuffs society has declared it is more civil to air grievances before a tribunal with rules, regulations and ... lawyers.

Just like any dispute, there are going to be winners and losers. That's just the nature of conflict. The key is getting the equation right so that most of the time, most of the disputes get just representation for just results.

It's the proverbial can of worms and complete satisfaction is unattainable, at least in the current configuration of workers' compensation.
Posted by Unknown at 4:13 AM