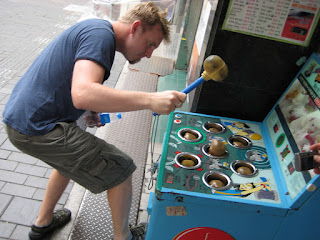 A lot of effort and expense goes into controlling medical costs in workers' compensation, but savvy vendors seem to always find a way around those controls.

The conclusion: vendors steer around fee schedule limits with odd-sized dosages that aren't scheduled ... yet.

“When prices are reduced by regulation, the regulated parties — in this case physician dispensers — sometimes find new ways to retain the higher revenues they had prior to the reforms,” Dr. John Ruser, president and chief executive officer of WCRI, said in a press release. “The results raise questions about the effectiveness and sustainability of the price-focused reforms.”

In California, for example, the average price paid to physicians for 5- or 10-milligram pills of muscle relaxant cyclobenzaprine was about 39 cents per pill in early 2014. But a new 7.5-milligram product, introduced in 2012, cost $3.01 per pill.

In Tennessee, as of August 2012, reimbursement of physician-dispensed repackaged drugs is based on the average wholesale price of the original drug product, with no added dispensing fee. The intent is to curtail repackagers’ practice of giving drugs their own national drug codes and often-inflated AWPs.

There's many different opinions on the topic, and frankly I don't see any reason for physician dispensing on a regular basis for lengthy periods a valid practice whatsoever. Most people have a pharmacy reasonably close, and for those that don't there are mail order pharmacies.

But that's not the point of this rant.

In work comp we tend to focus on the "problem" to look for a solution - hence proposed formularies, or banning of physician dispensing - rather than perhaps more simple, and likely effective, strategies.

This is tied to the way we perceive and treat the person at the receiving end of benefits: the injured worker.

If you are a consumer of nearly anything you have an interest in what you are consuming: what it is, how it is delivered, how much it costs, and whether there are better (however you define "better") alternatives.

Not in workers' compensation. The consumer of the goods and services is left out of the equation. There is no decision power with the injured worker, and even less information and education.

It's cultural - for so long, because the injured worker has no financial stake in the goods and services provided, since work comp is a zero dollar system, it's assumed that there's no need for consumer engagement.

We need to change our thinking. The injured worker is our CUSTOMER. And the CUSTOMER needs to be informed, and engaged, at all stages, and not with legal mumbo jumbo as required by various state laws (and which causes confusion and a call to the attorney), but with clear, concise explanations of what is being paid to whom, for what and when ... and with comparison to less expensive, potentially better alternatives.

Medicare does this. When I got a doctor's bill for services for Mom, it would be followed up with a Medicare statement of all of the benefits reviewed, paid for, and whether there is any further obligation on behalf of Mom.

We don't do that in work comp. The Explanation of Benefits is rarely, if ever, copied to the CUSTOMER, and if it is, it's confusing and not self-explanatory.

Tweak all the fee schedules and implement all the formularies you want - but if this industry wants to combat the "whack a mole" phenomenon then engage the CUSTOMER.
Posted by Unknown at 4:22 AM