Right To Carry and Comp 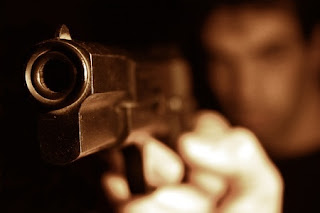 Sometimes workers' compensation is a predictor of future economic or social trends. Sometimes it is reactionary.

And sometimes it is caught in the middle, trying to figure out what, when and how it fits in.

That's the curious, and interesting (at least to me) aspect of work comp - it's unique socio-economic place in our daily lives.

We see this as marijuana laws get liberalized across the country. New Mexico, with its courts ruling that medicinal marijuana must be reimbursed via work comp, is at the foreground of this movement, and Colorado with its even more liberal laws not far behind.

We also see this, as pointed out by WorkCompCentral's Sherri Okamoto in this morning's news, in state "right to carry" firearms laws.

22 states allow employees to store firearms in their cars while on employer parking lots.

Georgia gives an employer immunity from "any criminal or civil action for damages resulting from or arising out of an occurrence involving (the lawfully stored firearm)," unless the employer had reason to know the person who used the gun was going to commit a criminal act on the employer's premises.

Idaho, Texas and Oklahoma expressly provide immunity from a "civil action" only, while Wisconsin says an employer will be "immune from any liability" for allowing workers to carry weapons.

Maine provides employer immunity from civil liability for individuals who are injured or killed as a result of the employer's compliance with the statute — but it does not eliminate the potential for workers' compensation liability if a properly stored firearm were used against another employee.

The Tennessee right to carry law does not provide for immunity at all.

And right to carry or store doesn't stop with immunity for injury or death - last month the Mississippi Supreme Court ruled that that a worker could maintain a wrongful termination claim on the grounds that he was fired for lawfully having a gun in his car.

The insurance industry doesn't like guns, particularly on or near the work place, because it is a risk that can't adequately be controlled through normal safety channels, and they're rightfully concerned about the statistical assertion that work place homicide is 5 times more likely where guns are allowed than not.

Some carriers simply won't take on employers that permit guns on or near the work place; others provide exclusionary endorsements.

This is why workers' compensation remains, in large part, a state by state concern. Each state has laws that are unique to its culture and people. Some states are tolerant of guns, others not. Some states feel okay with pot (pun intended), others don't.

There's been lots of talk and speculation lately about the federal government intervening (or, perhaps, interfering) in state work comp programs to level the playing fields and establish minimum standards, but you can see the difficulty in doing so - the myriad of other social or economic policies of different states make any sort of overall standard very, very difficult lest such run afoul of The Constitution and its provisions for state's rights.

Against this backdrop, it's easy to see how interwoven workers' compensation is with our society and the impact unrelated laws have on work place safety and injury protection systems.

Work comp is complex, because the issues in our society and economy are complex.
Posted by Unknown at 4:38 AM