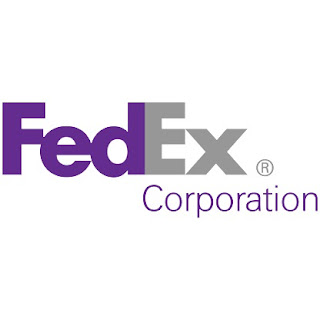 After so many years traveling the workers' compensation conference circuit, absorbing all of the education, statistics and analysis, it's nearly indisputable that perceived conditions of employment have more to do with a person's perception of injury than any actual injury itself - what the experts like to categorize as biopsychosocial factors.

Like the recent Connecticut Supreme Court affirmation that an athletic FedEx driver was totally disabled for nearly 11 months despite running 4-minute miles working out during that same period.

William Hart exercised vigorously about 2 hours every day before reporting for work as a delivery driver for FedEx. He was a model employee from 1987 until June in 2009 when he received 2 written warnings: One causing a fuel spill when he failed to secure the cap on his truck's gas tank, and the other was for exceeding his allowable vacation time when he missed five days of work after his mother died.

Hart claimed he was very distressed by the reprimands and began to fear he would lose his job.

While he was at work on Sept. 15, 2009, Hart said he began to feel ill and light-headed after falling more than an hour behind schedule on his route. He said he was experiencing a fluttering sensation in his chest and a shortness of breath, along with a growing sense of panic, as he rushed through his stops.

After making a delivery to the fire station on Liberty Street in Pawcatuck, Hart asked a paramedic to check him out. The fire department summoned an ambulance after determining Hart's heart rate was over 200 beats per minute.

After he got to the hospital and doctors began tracking his pulse, Hart's heart rate went up to over 300 beats per minute (compare to normal which is between 60 and 100 BPM).

[DePaolo's Note: these are classic symptoms of a panic attack, usually associated with an anxiety disorder, which is not necessarily related to any physical or situational stimulus.]

The doctors at the hospital diagnosed Hart with a "paroxysmal atrial flutter," a malfunction in the right atrium, the heart’s natural pacemaker.

Doctors also determined that he had a low level of potassium in his body, which was indicative of dehydration. Hart remained in the hospital overnight, during which time his heart rate returned to normal.

Two weeks later, he was back at the gym and working out once more, although he said he was doing "less strenuous" exercises that he had previously done. His doctors continued to monitor his heart and kept him off work until Aug. 7, 2010.

Hart also began seeing a psychologist, who diagnosed him with post-traumatic stress disorder, depression, panic disorder with agoraphobia, and hypochondriasis.

Meanwhile, Hart returned to his normal workout routine, which including running on a treadmill at a 15.2% grade and a pace of 4.2 miles per hour, for 30 minutes.

FedEx's expert witness cardiologist testified that most people could not sustain that pace for three minutes.

Hart has not worked since September 2009 though, and he has been collecting Social Security disability benefits since May 2012.

The Workers Compensation Commission ruled Hart's claim compensable, and that was upheld by the Review Board.

FedEx then sought judicial review, and the Appellate Court transferred the case straight to the Supreme Court., in part arguing that Hart's physical condition was precipitated by lawful personnel actions, which the law says can not be compensable.

The Supreme Court upheld the Commission ruling because FedEx didn't present "any plausible explanation as to how the dehydration and resultant mineral deficiencies that precipitated the claimant’s heart problems and associated PTSD could have been the result of personnel decisions, real or imagined."

The court also said there was evidence that "other factors arising from the claimant’s employment, factors that were unrelated to any actual or potential personnel actions, also were substantial factors in causing his PTSD and associated anxiety, panic and depression" and that his "exemplary physical condition and impressive exercise regimen" didn't mean he couldn't still suffer a work-related heart injury.

My bet is that Hart would still be working today, and would have dismissed his anxiety attack (which, by the way, is not necessarily a psychological issue) as a personal issue had there not been the reprimands, particularly the time off for his mother's death.

Animosity towards the employer manifested via claim of work-induced physical symptoms is, despite all of the evidence, statistics and research, still not well appreciated.

Which is why workers' compensation is often referred to as the working person's dispute resolution system...

To read the court's decision, click here.
Posted by Unknown at 4:20 AM