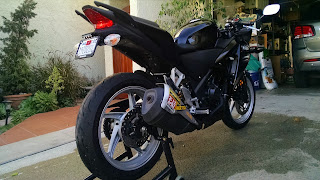 A case out of Montana demonstrates that whether an injury falls within the ambit of workers' compensation jurisdiction has mostly to do with employer control, or in this case, lack of control.

Tamara L. Holtz worked as a flight attendant for Delta Air Lines. Oh June 21, 2014 she flew out of Salt Lake City and would have a layover in Cincinnati before a return flight to Salt Lake City on June 23.

Delta paid her a $2.40 per hour as a "per diem wage" for her time as soon as she signed in to work in Salt Lake as well as a hotel room in Cincinnati for the layover, but did not reimburse for layover meals. Flight attendant wages were paid as soon as the airplane’s brakes were released until they were engaged upon landing.

Delta neither restricted where Holtz could go nor what she could do during her layovers, but Holtz testified the airline could call "at any point" to tell her it had changed her schedule.

After arriving at her hotel in Cincinnati, Holtz took a nap and then met up with some friends for lunch.

The motorcycle Holtz was a passenger on crashed into one of the other motorcycles about 40 miles away from Holtz' hotel, and Holtz suffered a leg injury in the accident.

The Montana Workers' Compensation Court granted summary judgment in favor of the Delta's carrier, Indemnity Insurance Co. of America (the court opinion does not say why Montana was the state of jurisdiction).

Holtz was on a "break" from her employment during her layover, the court said, because "it was an interval within her scheduled work time when she was not required or expected to perform her job duties, and could attend to personal matters."

In addition, the court opined, it would be ludicrous to find that "the greater Cincinnati metropolitan area, in its entirety" was a Delta "worksite."

The coup d' grace was a slate of Montana high court rulings that essentially make the "lunch hour" non-compensable because the employer lacks control over the employee's activities during that break period.

The foundation for the Arising Out Of/Course Of Employment rule lies in the master/servant relationship. The characterization of that relationship is all about control - when the master has control over the servant then there shall be liability on the master for what happens to the servant when providing service or acting under the direction of the master.

Unfortunately for Holtz, hitching a motorcycle ride on a layover took her activity outside the control of Delta. That would seem to be a logical conclusion, but this is workers' compensation ... I guess the risk of asserting a claim did not offset the potential of success.