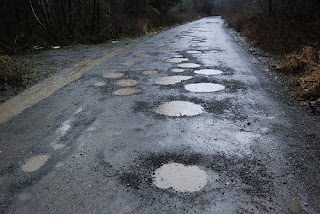 Los Angeles Times reporter Don Lee extrapolated on four consequences of the new $15/hour minimum wage laws that were rolled out in California and New York - the most interesting to me relative to workers' compensation, and one that I think will come to fruition, unfortunately, is an increase in the underground labor market.

"A lot more are going to get hired off the books," especially immigrant workers, Harry Holzer, a public policy professor at Georgetown University and the Labor Department's top economist in the second term of the Clinton administration, is quoted in the article.

Holzer thinks heavy job losses will occur mostly in the low-skilled, less-educated work force, and consequently those people would feel pressure to accept cash under the table or cut other "underground" deals to keep their jobs.

Just the class of workers most impacted by the lack of work injury protection systems...

So not only will payrolls rise, as will workers' compensation insurance premiums likewise due to increased payroll, costs that employers will have to eventually pass on to consumers, but the impact on uninsured employers funds, and the related enforcement mechanisms, will also feel pressure.

In addition, costs that should be born by workers' compensation, particularly medical care, may get pushed on to the general health care system, particularly those health systems that provide service to the uninsured.

Lest anyone think I'm against the minimum wage increase, that's not necessarily true. Benefits to increasing minimum wage include greater consumer spending power (relative of course, and perhaps not for the long term) and greater tax revenues for government, which should translate to improved services for all citizens.

I just don't believe the consequences were well thought out, in particular relative to the overall work injury protection and safety schema - which can barely stay abreast of current demands. Certainly strategies for these consequences were not part of the bargains.

So, in addition to a significantly greater gap between the normal living wage and the permanently disabled on an indemnity scheme that isn't tied to the wage inflation, the work comp industry will also be grappling with an increase in the underground economic effluent.

Workers' compensation has been down this road before. It just wasn't as bumpy and the potholes weren't as large.
Posted by Unknown at 3:45 AM