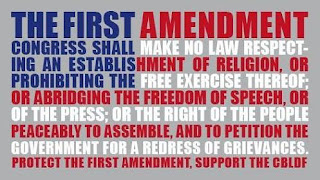 But 2016 is going to be known as the year that state supreme courts are the ones dismantling workers' compensation piece by piece.

We have seen a very active Oklahoma Supreme Court declare various provisions of that state's 2013 reform law unconstitutional. California courts haven't gone in that direction, yet, though there are still various challenges to the 2012 reform law.

Florida courts have been asked to review various elements of its workers' compensation laws, and yesterday the First District Court of Appeals, in what I think was a surprising decision to many, said that the state's statutory limits on the payment of attorneys for injured workers was unconstitutional.

The statute further provides that a judge of compensation claims cannot approve any other payment arrangement, and Section 440.105(3)(c) criminalizes an attorney's receipt of any payment that has not been approved by a JCC.

Many states have similar statutes or regulations limiting fees for attorneys representing injured workers in litigation. These rules not only assume that the only compensation schema applicable to this group of service providers is contingency based upon disability, they essentially perpetuate it thus perpetuating the disability of America.

I'm not sure that the 1st DCA is cognizant of this hypocrisy, but the justices at least acknowledge that an injured person's right to representation in a highly complex, life altering, legal system should not be castrated by a fee regulation that discourages any representation.

Miles was a police officer for City of Edgewater. She alleged exposure from toxic chemicals used to make crystal methamphetamine on two occasions in 2011, and she claims these events aggravated her asthma to the point it became disabling.

She filed a comp claim, but after she voluntarily withdrew it, the city filed a motion to recover the $3,860.82 it said it had expended in preparation to defend itself.

Miles then went to her union for help. The Fraternal Order of Police Lodge 40 said it was willing to pay a law firm for Miles $1,500 for the first 10 hours of work, and Miles agreed to pay the firm $150 per hour thereafter.

But Judge Mark Massey found Sections 440.105(3)(c) and 440.34 prohibited the payment arrangement being proposed by the union and Miles.

Miles refiled her claim and wound up going to trial without an attorney, where she told the JCC that she hadn't been able to find anyone who "works for free." She failed to introduce any evidence to support her claim at the trial, so the JCC denied it.

Miles then hired attorneys Michael Winer and Geoff Bichler to appeal the judge's decision (though it is not clear how these attorneys got paid to make the appeal, but not the trial...). Their argument on appeal was that Sections 440.105(3)(c) and 440.34 violated Miles' free speech right guaranteed under the First Amendment to the U.S. Constitution.

The theory is that free speech is abrogated if an unskilled litigant cannot get adequate representation if no attorney would take the case because of inadequate pay; ergo an individual's right to contract freely (subject of course to legality) is compromised.

In addition the court noted that individuals can waive their constitutional rights, so they certainly should be able to waive a lower standard law, i.e. a fee constriction statute.

But by far the most interesting point made by the court was its overall criticism of legislative attempts to limit litigation: "[In] a free society which attempts to allow individuals the intellectual prerogative to personally weigh the benefits and risk of exercising their statutory right to obtain redress for their injury, we hold that the rational intent to minimize workplace litigation cannot ultimately trump the benefits the public obtains by allowing an injured worker, or one who personally thinks she is injured, to seek redress under law."

Perhaps the Miles case will go up to the Supreme Court, which would make it the fourth case pending before Florida's highest court on constitutional issues, perhaps not.

The wheels of justice, it is said, turn very slowly. While ProPublica observed that state work comp protections have been dismantled over the past decade, perhaps what we are now observing is that those very laws are now in the process of being dismantled by the courts.

Who said work comp wasn't fascinating?
Posted by Unknown at 4:42 AM