The California Workers' Compensation Insurance Rating Bureau will be proposing to the Department of Insurance a mid-year rate decrease of 5% from the rate adopted by the Department in October. 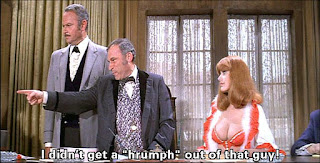 But average paid allocated loss-adjustment expenses – costs that can be directly linked to a claim such as bill review and defense attorney fees – per indemnity claim increased 10% in 2015 to $975 from $887 in the first 12 months of a claim.

Other negative trends noted by the WCIRB include a rapid escalation in the number of liens filed and an increase in cumulative trauma claims.

The government will claim (again) SB 863 victorious. The insurance industry will say things are starting to work.

Of course, the advisory rate is illusory - there is no mechanism to force carriers to adopt it, or pass along the savings to employers; this is free market insurance after all.

And the base rate is only one part of the premium calculation. Many employers will wonder why their premiums haven't descended lock step and their workers' representatives will argue that benefits remain inadequate.