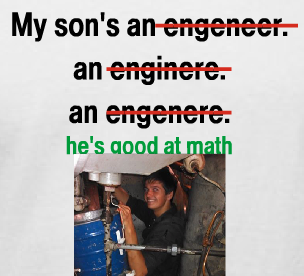 If you're an engineer, like my son, then you see everything as black and white, one or zero, on or off.

There's not much room in an engineer's mind for imprecision, which is why the vagaries of the law can be frustrating.

Which is why a recent Pennsylvania case on the going and coming rule is interesting.

Most states generally (one of those vague terms engineers hate) don't recognize as compensable worker injuries that occur "off the clock" even if it occurs on an employer's premises.

Other states — including Maryland, New Jersey, New York, North Carolina, Georgia, Kentucky, California, Missouri and Ohio — recognize a "premises exception" to the going-and-coming rule: an employee's commute doesn't begin until the employee leaves his employer's premises, which might include the parking lot depending upon the amount of control the employer has over that property.

Pennsylvania treats a worker's off-the-clock injury as compensable if it occurs on an employer's premises within a reasonable time before or after the employee's work shift, and it is attributable to a "condition of the premises or by the operation of the employer’s business or affairs thereon," the Commonwealth Court said on Monday in reversing a Workers' Compensation Appeals Board decision.

In Quality Bicycle Products vs. WCAB, 1570 C.D. 2015 (4/25/2016), James Shaw had been at work in the warehouse on Nov. 13, 2013, when he got a frantic call from his fiancée telling him that their 9-year-old daughter was missing from school. He told his manager he needed to leave right away, then ran to his locker and got his coat and car keys. Shaw tried to clock out, but his manager told him to just go.

Shaw raced out of the building, but he would later testify that he felt a popping sensation in his knee before he got more than 10 to 12 feet across the parking lot.

He said this sensation was followed by excruciating pain, which left him unable to bear any weight on his right leg, causing him to fall to the ground.

A coworker came to his aid, along with Shaw's manager. They called for an ambulance, and while they were waiting for the paramedics to arrive, they learned Shaw's daughter had been found.

Doctors later determined Shaw had cracked his patella, and he underwent surgery on Nov. 20, 2013.

Quality (the insurance company is not identified by the court, a stylistic application which I contend is incorrect because the actual parties are obscured thus mischaracterizing the "employer's actions) contested the claim filed by Shaw for benefits.

Quality sought judicial review, although it settled Shaw's claim while its appeal was still pending. Thus, Shaw did not respond to Quality's petition for review.

The court said that Shaw's injury "was caused by his own act of running, which was not a condition of (his) employer’s premises."

But what about "the operation of the employer’s business or affairs thereon"? The injury occurred on the employer's parking lot where all employees parked under the direction of Quality, and Shaw fell only 10-12 feet from the exit door.

The court noted that, according to Shaw's testimony at trial, his knee had popped before his right foot made contact with the parking lot surface and he collapsed. The parking lot, therefore, "did not cause or contribute to the causative chain to claimant’s injury," the court said.

The courts' job is to deal with the vague and opaque. The law can not precisely define all circumstances all of the time.

The Commonwealth Court may seem to be "splitting hairs" in the Shaw case. But actually they worked in an engineer-like fashion. They dissected the facts and applied the rule systematically - it was black and white, one and zero, on and off...

My son called me from jail one a Sunday evening after getting into trouble during his freshman year of engineering school, looking for bail money.

"Eighteen," was his reply.

"Right," I affirmed. "What does that make you?"

"Correct," I again affirmed. "What are you studying in school?"

"Right again," I said. "And what do engineers do?"

"They figure it out!"

And I hung up the phone.

He figured it out.
Posted by Unknown at 4:07 AM