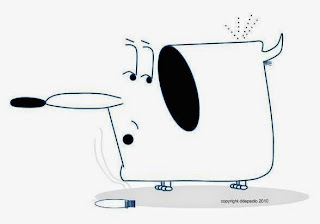 There's only so much abuse that people will tolerate. Then, after too many people take too much advantage of a situation, hammers are brought out to not just quell the abuse, but to kill it.

Thirteen years ago the chiropractic community had too many unreasonable people taking advantage of workers' compensation liberality. That abuse had been going on for twenty years. It frankly wasn't uncommon to see workers' comp patients getting chiropractic adjustment, consultation, naturopathy and all sorts of other "treatments" for years on end on a weekly basis - treatment protocol that went way beyond any measure of reasonableness.

Not all chiropractors were engaging in such nonsense, of course. Likely it was just a minority that were out of control. But because neither the professional association that governed chiropractic care, nor the professionals themselves, could seem to supervise that group of carrion, an insurance-charged legislature came along and implemented an artificial limitation on chiropractic and physical therapy care.

In 2003, then California Gov. Gray Davis signed into law SB 228 limiting workers to 24 chiropractic and physical therapy visits per injury unless a carrier authorized additional treatment.

Other states also reacted - Texas and Florida to name a couple. The chiropractic professional community simply could not control members whose primary mission was easy money...

I heard tale after tale of chiropractors shutting their doors after these reforms. Some just scaled down their businesses. Others moved on to other pastures.

In the meantime the frequency for back surgeries escalated and the subsequent opiate crisis is well documented.

The lesson - abuse a system too much for too long, and then watch the door slam shut. Worse, the reputation, credibility and reliability of members who were not part of the billing feast were also cast into aspersion. And even worse yet, the ultimate consumer of workers' compensation goods and services, the injured worker, had even fewer options for care and treatment.

Cris Forsyth, government affairs director for the California Chiropractic Association, told WorkCompCentral that chiropractors have long been pariahs in California’s workers’ compensation industry - and there's good historical reason: this is a group of professionals that were particularly and unreasonably abusive, medical guidelines be damned.

Chiropractors can't be completely blamed for SB 228. The trial level courts shared the responsibility. Judges routinely were granting bills and lien claims of chiropractors over the objections of payers, despite treatment impotence and care that went against medical science.

So we get artificial limitations that we should not otherwise have.

Now the chiropractors want those limitations lifted and have proposed legislation to do so, but in the wrong way.

Assembly Bill 2407, by Assemblyman Rocky Chavez, R-Oceanside, would amend the Labor Code to require the physician treating a worker with a back injury to perform an assessment of the “level of risk for chronic back pain” and determine whether that worker meets the criteria for a surgical consultation. Surgery could be recommended, but only in a limited number of conditions and if there is sufficient evidence to indicate surgery is more effective than other treatment options.

Alternative “covered treatments” that could be deemed appropriate after the assessment under AB 2407 include:
That's all well and good, but the proposed bill goes beyond amending Labor Code section 4600 in the above particulars by including a slight, though despicable, alteration to the "reasonable" standard of medical care and employer liability.

The existing standard is, "[i]n the case of his or her neglect or refusal reasonably to" provide medical care, then "the employer is liable for the reasonable expense incurred by or on behalf of the employee in providing treatment."

The proposed standard would be, "If the employer neglects or reasonably refuses to provide that treatment...".

Astute legal interpreters should pick up on that instantly: "reasonably refuses...".

So, even if the payer is in the right, by following the Medical Treatment Utilization Schedule or any other treatment guideline, scientific evidence, or other protocol that refutes the services supplied, the payer is STILL liable, because it "reasonably refuses" to pay for the services or goods.

Nice try guys. I'm certain that most don't object to alternative modes of treatment that will provide the best path for return to health of the worker who has a back injury.

But inputting a back door for required payment of services or goods that have no scientific or medical validity is dirty pool.

Twelve years of experience on the receiving end of denigration, and they still don't learn...
Posted by Unknown at 4:05 AM