Garbage In, Trash Out 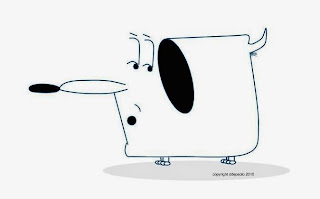 Traveling the nation, I routinely field criticism about the California workers' compensation environment, particularly from those on the insurance side of the spectrum - our laws, and in particular how they're interpreted by the courts, drive them crazy.


California's 2nd District Court of Appeal this week issued an unpublished ruling ("unpublished" is a technical legal reference meaning that the opinion can not be cited in other cases as precedence) that is one of those cases.

Carlos Rodas, a 32 year old dishwasher for Guido's Restaurant, suffered a pulmonary hemorrhage while hauling a load of trash to the garbage bin behind the restaurant.

A restaurant patron found Rodas dead in the parking lot.

Truck Insurance Exchange, the insurance company for Guido's, contested liability for the claim because there was no evidence that his work-related activities had caused the artery in his lungs to rupture.

There was evidence that Rodas' lungs were weakened by tuberculosis.

The workers' compensation judge found Rodas' death compensable based on a medical report Truck argued was not substantial evidence, and a split Workers' Compensation Appeals Board panel sided with Truck.

Commissioners Deidra Lowe and Katherine Zalewski said there was no evidence that Rodas had exerted himself by rolling the trash can out on a dolly, that there also was no evidence of a smell emanating from the garbage, and that the medical report was therefore based on "speculation and unfounded assumptions."

Commissioner Marguerite Sweeney dissented, arguing that the medical report relied on by the trial judge "was eminently reasonable" in assuming that "transporting the large, overflowing (probably heavy) trash can across the parking lot required a good deal of physical exertion" and that there were "noxious fumes wafting from the overflowing trash can."

The 2nd DCA on Wednesday reversed the WCAB, finding compensability, and said it was "unreasonable to assume Rodas' work played no role."

"That garbage emits odors that will cause a person to cough and that physical exertion is required to manhandle a large trash can over a distance of 300 feet are eminently reasonable inferences validated by common experience," the court said.

Given the evidence that Rodas' lungs were weakened by tuberculosis, the court said it was reasonable to infer that such exertion had caused Rodas to begin coughing ultimately rupturing his lungs and causing him to suffocate from blood in his lungs.

Causation could "logically and reasonably be inferred from the circumstantial evidence," the court said.

Commentators in the WorkCompCentral story on the case this morning critiqued that the court stretched and that "widows and orphans make for bad law," in particular because the court noted that the medical report should not have been admitted into evidence in the first place except that the defense waived the objection at the trial level by failing to raise it.

Which raises a good point about playing in the California workers' compensation sand box: the law is to be liberally construed in favor of the injured worker.

The insurance industry doesn't like it, but the rule simply means that there's a greater, some would say much greater, burden to dispute benefits than there is to claim benefits.

Which is why, after all is said and done, when in the California system generally it's just cheaper and more efficient to either pay, or take a discount in the settlement of, a claim. Maybe it makes no sense, perhaps it drives non-Californians crazy, but that's the way it is.