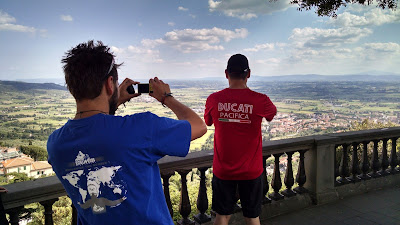 Last month I pointed out a Missouri Supreme Court case that I thought highlighted why states have been imposing artificial limitations to temporary total disability status; there are some who never seem to get better in order to enjoy the higher indemnity payment of TTD.

But the problem is that artificial TTD limits ensnare folks who face a change in medical condition and legitimately are TTD, but the law doesn't recognize that exception creating a huge financial hardship on the injured worker and his/her family.

Oklahoma has been a hot bed of appellate litigation since "reform" a couple of years ago, and the issue of a "gap" being created as a consequence of TTD limits has been thrown to the state Supreme Court.

Darla Jean Camp had worked for Atwood Distributing, the operator of a farm and ranch supply store in Enid, Oklahoma. She suffered an admitted, compensable soft tissue injury to her back and hip in March 2014.

Section 62 of the Oklahoma act generally limits TTD compensation for soft tissue injuries to eight weeks, but it provides for an additional eight weeks of benefits if the worker receives injections as treatment. It also permits an administrative law judge to award up to 16 more weeks of benefits if a worker winds up needing surgery.

Camp's doctor later determined that she would need hip surgery. The Administrative Law authorized the procedure and awarded an additional 16 weeks of TTD payments.

Camp had hip surgery last July. She then filed a request for more TTD, to compensate her for the entire period of disability between the date of her March 2014 accident and the July 2015 surgery.

Zurich objected, contending she had already received the maximum 32 weeks of benefits under Section 62.

The ALJ found Atwood was entitled to an additional 36 weeks of TTD. He opined that Section 62's cap applied only to "nonsurgical" injuries, and since Atwood had surgery, Section 45, which caps a worker's entitlement to 104 weeks of TTD, controlled.

Zurich appealed, citing a 2012 case from the Court of Civil Appeals called Scott v. Sprint PCS for the principle that statutory TTD caps for nonsurgical injuries will still limit a worker's entitlement to TTD even if the worker undergoes surgery, for the period up until the surgery.

The Scott case pre-dates the Administrative Workers' Compensation Act, but the 2009 law it was applying contained a restriction on TTD for soft-tissue injuries that is virtually identical to what exists now in Section 62.

However, the commission found the Scott case was not controlling on Camp's case. The commission said the court in Scott had been concerned with the legislative intent to encourage workers to not delay a surgery if surgery is necessary, and there was no indication of delay on the part of Camp.

The commission focused its analysis on the plain language of Section 62 instead. It concluded that Section 62 permitted the TTD restriction to be lifted once surgery is performed, because Section 62 specifically applies only to "non-surgical soft tissue injuries."

Obviously, the commission said, "once surgery has been performed, the soft tissue injury is no longer 'non-surgical.'"

The commission concluded that "a compensable 'surgical' soft tissue injury" is still subject to the limits of Section 45, but as long as the worker is unable to work after an injury, the worker is entitled to TTD benefits for up to 104 weeks, which would mean Camp would get an additional 68 weeks of benefits for TTD status both before and after surgery.

In its petition for review to the Supreme Court, Zurich maintains that a worker's surgery cannot somehow retroactively "transform an injury" and remove it from limitations for soft tissue injuries contained in Section 62.

Zurich's petition for review is here.

Camp's motion for the court to retain jurisdiction is here.
Posted by Unknown at 4:15 AM