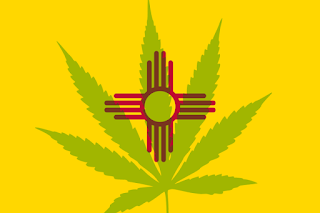 Despite the trend towards decriminalization, marijuana continues to generate substantial controversy, particularly in the workers' compensation field.

Unless you've been hiding under a rock the last few years, you know that New Mexico's courts have ruled in several cases that marijuana is a covered medical expense, the first, and I believe the only, state to so order.

But that doesn't mean that the actual employer has to tolerate marijuana use among its employees.

And when the conflict of state versus federal law occurs, the difference may be the court that makes the decision.

In this instance a federal court in New Mexico said it was okay to fire a medical marijuana worker who tested positive for the drug without evidence of impairment.

There are plenty of folks working on tests for marijuana induced impairment, but for the present the only test that exists determines the presence of cannabinoids in one's body, and does not test for toxicity.

Garcia chose to use marijuana to alleviate the symptoms of his AIDS, but U.S. District Court Judge William P. Johnson said the fact of the matter was that the Tractor Supply Co. terminated him because he had used marijuana, not because he had AIDS.

Marijuana proponents interviewed for WorkCompCentral's story on the case this morning, in general, decried the decision, calling it "asinine," "outrageous," and "absurd," but they also acknowledged that so long as the drug remains federally illegal, a federal judge is going to find legitimate purpose in terminating a worker for testing positive for pot.

Paul Armentano, the deputy director of NORML, told WorkCompCentral that employers should evaluate their drug-testing policies regarding employees' off-the-job cannabis use "to reflect both changing public attitudes as well as the rapidly changing legal landscape," noting that off the job use of alcohol or prescription medication does not result in work place discipline.

That's a nice sentiment, but not a realistic view. Social norms take a while to change. Though marijuana may have variable legal status in many states, that doesn't give people a right to go to work high, no more so than the legality of alcohol permits someone to be drunk on the job.

The risks to business and worker are too great.

What is missing is a standard for intoxication. There is no way, presently, to validate that someone is, or isn't, intoxicated from marijuana consumption - the big problem being that the active ingredients to the drug adhere to fat cells and remain in the human body for many, many days past a state of intoxication.

In the meantime, the vast majority of jurisdictions make it an employer's prerogative whether or not to hire or maintain the employment of any person, regardless of drug use or not. The determining factor is discrimination, and discrimination occurs when one class of drug users is allowed, and another class isn't.

That's what the courts have told us.

So, don't go to work intoxicated from anything and, if you use pot, don't work for a company that has a drug free policy and tests for the presence of drugs.

And in the meantime legislatures and courts will give me plenty to blog about in the coming years as this new social norm sorts itself out.
Posted by Unknown at 4:57 AM