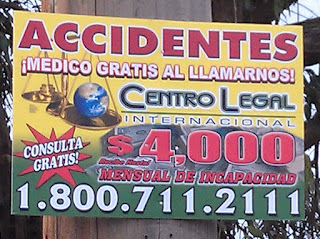 "Money for nothin' and your chicks for free."

Mark Knopfler wrote those words about the ignorantly jealous who had no clue how much work it took to become a rock star.

There's plenty of people, unfortunately, who don't appreciate how much work is involved in healing people and making the industrial injury recovery system operate properly.

It's a workers' compensation stigma: fraud and work comp seem to go together despite so many efforts to eradicate that image.

So when stories come out, like today's news in WorkCompCentral about yet another major bust in Southern California involving a conspiracy of a dozen people raping the system (remember, claim costs are disproportionately higher in the SoCal area, particularly Greater Los Angeles), I fight the urge to get angry, vengeful, or sad. I don't gloat that these characters were finally caught.

Nope - I wonder how many more nonsocial personalities there are scheming to take from the poor and keep it.

The crime circle for which the San Diego District Attorney's Office on Thursday announced the indictment of 13 people was well organized. A self contained sphere of illegal referrals and kickbacks engulfed hundreds, if not thousands, of injured workers and the payer community with chiropractic and diagnostic services designed to take advantage of innocent unknowings and a bureaucratic morass that can hide greed through its complexity.

Many of the perpetrators named in the indictment or who have already pled guilty we have heard of over the years and are well known. If you do any claim work involving Southern California you likely have heard of them. Clearly organized, white collars and ties, with just a whiff of untrustworthiness air around them - you don't want to believe it, but then again you're not surprised.

"Organized crime is more ‘high end’ generally but still warrants priority due to the nature of the type of crimes that are committed under this umbrella style of behavior. The traits that are most prevalent for this type of crime are such things that are normally not politically motivated in nature, they have a hierarchal type structure with the strict behavioral pattern of limiting membership to those who’ve been granted exclusivity; members are required to be loyal and dedicated to the cause, and the governing body. This type of crime generally has their own governing codes in which to act or behave, and the crimes generally will have a ‘self-perpetuating’ element."

This is the manner of crime that is most pronounced when workers' compensation fraud is involved, whether it is medically based, financially based, legally based, or otherwise. There's nearly always a "family" with its own rules, its own morality (or lack of), and they're circular - spinning up and up until volumetric limits are reached. Sometimes these families involve small circles of like minded individuals, sometimes they are large corporations where only the top tier really understand the dynamics.

Illegal referral and kickback schemes are nothing new, unfortunately, in workers' compensation, because they are so easy to perpetrate - by the time anyone notices a few millions dollars are sucked out of the system.

The only reason these miscreants get caught is simple greed. There is never enough to satisfy greed. Those volumetric limits get reached because workers' compensation, seemingly a big pool of money, is still a limited pool of money.

That is one common element we can count on time and again - the essential characteristic of these criminals is greed. And eventually that greed is the downfall of the organization.

But in the meantime a lot of damage occurs, and sometimes that damage is to human lives, which is a crime far greater than taking a few million dollars out of the work comp system.

Easy money and chicks for free. That ain't working...
Posted by Unknown at 4:55 AM