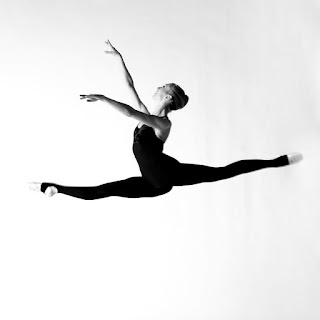 In the face of last year's negative press about erosion of benefits through the constant "reform" of workers' compensation, New York Gov Andrew Cuomo released a proposed budget for fiscal year 2017 that is being pushed by the state's business interests to address escalating costs.

New York last went through the hemorrhaging effects of major changes to its business-backed workers' compensation reform effort under the disgraced former governor, Elliot Spitzer's, administration in 2007 - so the timing is about right for a new reform movement: every 7 to 10 years...

And in fact the Business Council of New York State, had been seeking legislative "corrections" to the inadequately implemented Spitzer reform package since at least 2014.

About this time last year, the Council released "Fix New York: The 2015 Legislative and Regulatory Agenda," it's architectural plans for curing what the business community sees as a system run amok with cost overruns and inflated benefits.

That document described seeking an update to the medical impairment guides used to calculate schedule loss-of-use awards, to require injured workers to use a doctor from panels appointed by employers for the first 90 days following an injury, add a comparative negligence standard to the state's unique Scaffold Law, "de-index" the maximum weekly benefit from the state average weekly wage or adopt regional indexes, cap temporary disability status at 2 years post injury, among other proposals.

Legislative attempts the past couple of years have not moved forward - lawmakers presumably having better things to do than to monkey with workers' compensation.

There are other avenues to reform, however, and one of them is through fiscal management; i.e. budget.

Cuomo's proposed reforms include reducing the number of Workers’ Compensation Board commissioners from 13 to seven; extending to 120 days the period a claimant must wait until seeking care outside of a preferred provider network; and penalizing carriers with sanctions of up to 20% of unpaid compensation if the board finds an appeal was filed on frivolous grounds.

Additionally, the State Workers’ Compensation Board would create an authorization agreement with medical providers, which would give the board “broad authority” to bar any provider who breaches the authorization agreement - but operational details are left out of the package, leaving the Board to make up its own rules of engagement.

The proposed budget legislation would also allow the SWCB to reassign a workers’ comp case to a new judge at any time, regardless of reason, something critics say could result in an abuse of power.

But the Council's wish list isn't complete in Cuomo's budget - there's no cap on temporary disability.

The governor’s office, in its Budget Briefing Book (page 113), said the proposals were aimed at improving the workers’ compensation system, a “$7 billion program (that) is complicated and cumbersome, delaying claim settlements and payments, and increasing costs to employers.”

After all of workers' compensation's publicity in the general media (and ProPublica is based in New York), will New York's voting population even notice, let alone pay attention?
Posted by Unknown at 4:20 AM