Exclusive remedy has been under attack, critics say, putting the doctrine and employers at risk as avenues for civil action erode one of the basic elements of workers' compensation - except in California, where another case affirms the sanctity of the concept.

Cynthia Medina worked as a nurse at the Yountville Veterans Home of California for 20 years, between 1990 and 2010. 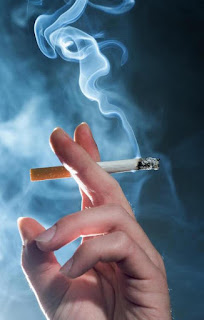 Medina claimed she encountered second-hand smoke for approximately 30 to 45 minutes per day at the facility because residents were allowed to smoke anywhere on the premises, and she claimed they would "intentionally blow smoke" at her while medications were administered.

Medina was diagnosed with lung cancer in February 2011. She immediately had surgery to remove a portion of her right lung.

Medina filed a claim, pursuant to law, with the state's Victim Compensation and Government Claims Board in March 2013, giving notice she held the state liable for $10 million for causing her cancer.

The board denied her claim as untimely - the Government Code sets a six month deadline for filing suit for damages against a public entity.

Medina then petitioned the superior court for leave to bring her suit despite its untimeliness. The state did not oppose her petition and the trial judge granted leave to sue.

The state demurred, raising defenses of timeliness and exclusive remedy.

The trial judge sustained the demurrer.

The 1st District Court of Appeals, on Medina's petition for review, said her claim was untimely, but more important to us, said the exclusive remedy of workers' compensation bars the suit.

"There can be little question Medina was performing her job and acting within the course of her employment when administering medications to veterans," the court said. "Nor can there be any doubt that she claims her injury was caused by being exposed to cigarette smoke while she was on the job."

California's courts have treated workplace safety injuries as giving rise to workers' compensation claims, the court said, not private lawsuits, even when those injuries are not directly related to, or a normal part of, the type of work being performed.

To read the decision, click here.
Posted by Unknown at 5:01 AM