The Antithesis of Robin Hood

A lot of general media attention in the past year has been about how the workers' compensation industry absorbs money that could otherwise go towards medical or indemnity benefits to injured workers.

Implicated in the data and anecdotes are lawyers, doctors, brokers. Cost containment services such as utilization and bill review are targeted. Insurance companies and third party administrators have been taken to task.

Virtually any provider of goods or services in the workers' compensation world has come under attack for diverting funds from injured workers into the Industrial Injury Complex without returning any meaningful value to the system. 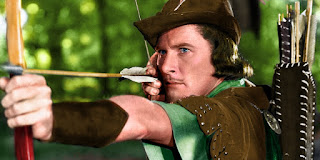 Yet, the government itself perversely profits from workers' compensation, the antithesis of Robin Hood by taking from the rich ... and keeping it.

The unfortunate story of Charles Romano acutely demonstrates the perversity of this arrangement.

Romano, if you recall, sustained an industrial injury and during the course of treatment incurred the infectious methicillin-resistant staphylococcus aureus that shut down his lungs and kidneys and paralyzed him below the shoulders.

The case sparked outrage. I blogged about it mid-2013, after the Workers' Compensation Appeals Board issued a scathing opinion:

“We have rarely encountered a case in which a defendant has exhibited such blithe disregard for its legal and ethical obligation to provide medical care to a critically injured worker. Sedgwick CMS, acting as claims administrator for the Kroger Co./Ralph’s Grocery Co., demonstrated a callous indifference to the catastrophic consequences of its delays, inaction and outright neglect. In light of defendant’s repeated, unreasonable delays and denials, and its willingness to ignore a 2006 finding and award issued by the Workers’ Compensation Appeals Board, we will refer this case to the Audit Unit of the Division of Workers’ Compensation.”

Indeed, the case was referred to the Audit Unit, and last week Sedgwick and the state entered into a $1.129 million settlement, along with agreeing to post-settlement review of procedures at the office where the claim was handled.

It's bad enough that an innocent injured worker succumbed to the IIC, and Sedgwick learned a very valuable, albeit painful, lesson.

The answer is in California Labor Code section 129.5(i): "All moneys collected under this section shall be deposited in the State Treasury and credited to the Workers' Compensation Administration Revolving Fund."

What's wrong with that picture?

Because even the State of California (and most other states because they too have similar penalty provisions for sloppy claims practices) takes money from injured workers and their families.


The state has two jobs: make the rules, and then enforce the rules.

The penalty payment in the Romano case is simply a pure windfall to the state. There is no value returned by the state with that money to the injured worker's family. Presumably, the system's benefits are sufficient...

Sure, the TPA got a bruising and embarrassing punishment. But the Romano family lost a husband, father, provider and community member. They got some relief from the death benefit and perhaps a bit more (that settlement is confidential), and while a million dollars isn't going to bring him back or make the pain of loss any easier, the fact that the state itself capitalizes from claims strikes me as irreverent, scandalous, and downright plain wrong.

And the Legislature can giveth back....

California's lawmakers need to revisit the entire administrative and civil penalty process, and in the least ensure that money collected from violators gets to the victims of the wrongdoing that led to the penalty.

The state makes all sorts of laws and regulations to keep intermediaries from wrongfully profiting off the backs of injured workers.

That the state also profits is the height of hypocrisy.
Posted by Unknown at 4:28 AM