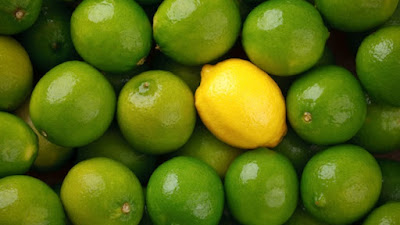 Attorney Loren M. Lambert of Arrow Legal Solutions in Utah told WorkCompCentral legal reporter, Sherri Okamoto, that over the past few years he's "been seeing a pendulum swing" in terms of the social and political climate in Utah, such that it seems "society doesn't like people who are injured or disabled" in general.

Lambert was commenting on the Utah Workers' Compensation Commission's propensity to write its own law reflecting its view of how things should be - in this situation inserting a standard that doesn't exist in statute, thereby denying an injured worker of benefits to which he otherwise is entitled.

Lambert represented Socorro Guzman, who had worked for Circle 4 Farms performing animal husbandry work. In August 2008, a large boar rammed him, causing him to fall to the cement floor of the boar pen.

He was able to continue working after this accident, eventually going to see a doctor about his back pain.

Guzman's back worsened with time, and he stopped working in July 2009.

After Guzman filed a claim for Permanent Total Disability benefits in 2011, the Administrative Law Judge referred the case to an independent medical panel.

The panel reported that Guzman had suffered a herniated disc, which limited him to lifting no more than 40 pounds on an occasional basis, and that he could not repeatedly bend, stoop, squat or perform overhead work, but he would be capable of doing light- to medium-duty work.

The vocational rehabilitation consultant on the case opined that Guzman was essentially unemployable because he was in his 70s, with a fourth-grade education, limited English proficiency and no transferrable job skills.

The ALJ awarded PTD benefits to Guzman, but a divided Labor Commission appellate panel reversed last June, writing that while the medical panel had identified a "clear set" of restrictions on Guzman's physical activities, he still retained a "reasonable amount of strength, flexibility and endurance" and so his condition did not "reasonably limit his ability to work in a broad range of jobs."

The Court of Appeals then reversed the commission because there's no "reasonable" in the law.

The governing statute, Section 34A-2-413, requires Guzman to demonstrate only that his work-related injuries "limit (his) ability to do basic work activities," the court said. Thus, by applying "the qualifying term 'reasonably' or 'reasonable' in evaluating Guzman’s limitations, the board improperly imposed a higher burden on Guzman than the statute dictates."

The court went on to say that it was "troubled" that the commission failed to assign much persuasive weight to the vocational assessment report just because the consultant did not testify during the hearing on Guzman's claim.

"This flawed reasoning implies that evidentiary reports only carry value if the author of those reports can be questioned," the court said. Such logic was also inconsistent with the commission's decision to place great weight on the independent medical panel report when there was no evidence that the panel members appeared at the hearing.

The appellate court said the commission decision was "riddled with inconsistencies that call its findings into question."

It seems the commission has been rewriting the law to suit a political agenda for some time. A couple of other cases likewise have been reversed by the Court of Appeals lately, and the employers have asked the state Supreme Court to review.

Jaceson Maughan, the deputy commissioner and general counsel for the commission, told Okimoto on Tuesday that the commission's imposition of a "reasonableness" element "was an attempt to create context," since commissioners had thought "there needs to be some sort of limitation" as to what is a "limitation" for purposes of Section 34A-2-413(1)(c).

Who asked them to do that? What "context" is missing?

I don't think any further explanation is needed.
Posted by Unknown at 4:24 AM