California workers' compensation claims stay open longer, much longer, than the national average and as a consequence cost a whole lot more when compared to other states, and according to the Workers' Compensation Insurance Rating Bureau much of this has to do with when medical treatment is paid for.

Only 39% of ultimate accident year medical payments in California are made within the first 36 months of an injury, compared to a national average of 67%.

As a consequence, California employers pay more for workers' compensation insurance than any other state no matter what study is used to compare statistics.

The WCIRB analyzed 1 million claims and $4.4 billion in medical benefit payments. The claims were divided into categories based on the interval between the date of the accident and the date of medical service. 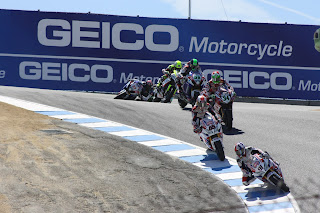 Of the claims reviewed, 84% had medical services provided within the first three years following the accident. These claims accounted for 66% of total medical payments reviewed.

Johnson noted that the amount spent on drugs is about 4% to 5% higher than the amount paid to pharmacies for each cohort, and that physician dispensing is the culprit, and that the longer a claim stays open the more likely narcotic prescriptions become involved.

Johnson couldn't say whether there was a cause and effect in the relationship, only that we know there is a relationship.

In addition, three years after an injury payments for services such as physical therapy and chiropractic care drop off considerably, which makes sense given California's hard cap and reimbursement restrictions on those service codes.

Of course those conditions evolve from acute to chronic in nature, further complicating the treatment picture.

"This shows me we've got an aging population," Johnson said. "If you look at the health care statistics in the population, these chronic problems obviously develop with other people, and the comp system is paying for many medical problems of aging. The acute injuries are related to the original injury, but the individuals here evolve in terms of the primary diagnosis to more chronic problems over time."

I'm sure there's all sorts of other explanations as well, and everyone can point a finger at someone else for this phenomenon.

All that doesn't matter. Everyone's to blame and no one does anything about it.

The fact of the matter is that behavior of everyone in the system is a product of the laws and regulations that establish the boundaries. Those boundaries drive incentives. Incentives drive behavior. Behavior drives costs.

I wrote on Tuesday about trust. There is very little trust in workers' compensation. There's even less trust in California.

That's why we have artificial limitations on physical medicine services - because there was a group of providers who couldn't be trusted.

That's why we have fee schedules for copy and interpreting services - because there was a group of vendors who couldn't be trusted.

That's why there's a claims audit process and a penalty system - because there was a group of claims payers who couldn't be trusted.

That's why there's payroll audit and employer premises inspections - because there was a group of employers who couldn't be trusted.

That's why there's sub rosa investigation and prying into the private lives of injured workers - because there was a group of employees who couldn't be trusted.

With each level of mistrust there's greater gesticulation by the conductor, and all of us react in amplified manners to the point where the entire "orchestra" is flailing and creating the comedy that gets ridiculed and despised.

It's a complex trusting relationship that takes a lot of work to establish and maintain and frankly it comes down to money.

Those with good experiences look at the moon, not at the finger pointing at the moon. They pay for good results up front, not for bad results at the end.

It's really quite simple, yet unnervingly complex.
Posted by Unknown at 4:32 AM