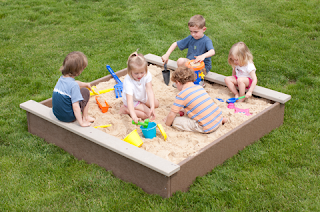 In California we have lien claimants - vendors of goods or services not directly a party to a workers' compensation case but who nevertheless attain party status to participate in litigation upon the filing of a piece of paper making their claim, and paying a fee.

Other states have similar procedures but call them different things.

In Minnesota, such participation is called "intervention" and an "intervenor" files a "motion" for such privilege - but basically it all works the same. An intervenor has no independent rights and is dependent upon the case in chief.

Those derivative rights also mean that special procedures can be instituted without offending the basic principles of due process and right to be heard, which means that the vendor needs to be on top of things in order to enforce payment claims.

So when the statute says "appear" then the vendor needs to show up - otherwise dismissal of any derivative rights becomes imminent with no further recourse.

In Sumner v. Jim Lupient Infiniti, the Court said that under Minnesota law, a provider has no right to initiate a reimbursement claim – it can only intervene in a claim filed by the claimant.

Once the provider files a motion to intervene, Minnesota Statutes Section 176.361 says that the providers "shall attend all settlement or pretrial conferences, administrative conferences, and the hearing" unless a stipulation has been signed and filed, or the care provider's right to reimbursement has otherwise been established.

The statute also provides that the intervenor's "failure to appear shall result in the denial of the claim for reimbursement."

Generally, the statutory use of the word "shall" denotes that something is mandatory, the court observed, and a majority of the justices reasoned that the words "appeal" and "attend," as used in Section 176.361, were synonymous.

Thus, the court said if an intervenor does not show up for a hearing, its claim can be denied.

What the court is really saying (and what courts around the country that deal with ancillary rights in comp cases are really saying) is that workers' compensation is about the injured worker and the employer.

Everyone else intervenes to do something to that basic relationship. But there is no direct connection because without the injured worker, and without the employer, there is no workers' compensation.

And because of that, unless there is some statutory or contractual relationship that alters that connection, there are no rights.

Whether or not one agrees with that position is irrelevant because that's just the way it is. You either want to play in the sandbox, or you go to some other playground.
Posted by Unknown at 4:35 AM