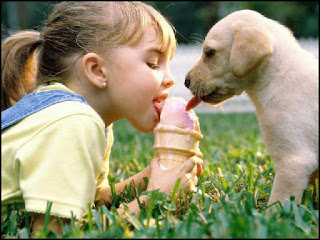 I wrote a couple of days ago about declaring a third employment option: the Dependent Contractor.

I was corrected by my law school roommate, ET, who told me later that he did not in fact coin that phrase, but it was some law school professor quoted in some general media article, likely the Wall Street Journal.

Thanks for the correction ET.

It seems that the shared economy has, nevertheless, piqued the interest of insurance companies who see opportunity with a new class of workers and businesses to protect, and this may expedite recognition that this economy isn't what we were raised on.

WorkCompCentral reporter Ben Miller today writes that while regulators, as well as the insurance industry, appear to be taking a wait-and-see approach to the shared economy, there is much more interest now than just a year ago.

James Lynch, chief actuary for the Insurance Information Institute, said the opportunity could be ample. He pointed to Uber, which reported that it paid its drivers more than $650 million during the fourth quarter of 2014.

Using that number as a starting point, Lynch said it would be reasonable to assume that a carrier writing workers’ compensation coverage for Uber would be covering more than $2 billion in payroll for the year. On top of that, Uber has grown rapidly throughout its existence. Business Insider reported that the company grew from about 10,000 drivers at the beginning of 2014 to nearly 40,000 at the beginning of 2015.

“Obviously that would be a very attractive market for anybody to want to write,” Lynch said. “And that's one company.”

“Taxicab drivers in New York and I think Chicago and some other cities have to have workers' compensation and they're in kind of a similar part-time, add-on role,” Lynch advised. “So I think the industry is certainly capable of handling that. But at this point it's a small niche of the workers' compensation market.”

Another point is that the workers' compensation industry is uniquely positioned to service this new dynamic. We are used to merging medical services, disability determination, third-party liability, and payroll analysis. Risk managers and actuaries in this industry have the skills to fairly accurately determine the risks and how to account for them.

While many interviewed in Miller's story think that the shared worker will ultimately be classified as an employee, the economies of doing so mitigate that trend and threaten shared economy business models, which is why I think a new class of workers will be designed.

Regardless, it appears that workers' compensation will ultimately benefit from this new model, one way or the other.

The shared economy may spawn the shared risk....

Getting to stability might be painful and a bit frightening, but the workers' compensation industry is resilient and I believe the industry's future with the shared economy is an optimistic one.
Posted by Unknown at 4:42 AM