Anchor Syndrome [ang-ker sin-drohm] - noun: with, or having the feeling of, being weighed down by something heavy, such as dragging around an anchor, with no obvious sign or reason other than fatigue; malady common among endurance athletes, such as cyclists, when legs don't seem to feel the normal sense of energy for propulsion despite copious energy input.

I had anchor syndrome Saturday.

I took one of my regular bicycle ride routes around Lake Casitas, out to Montecito and home. It seemed like I had a headwind the entire ride, and I did for a part, but the balance of the ride I experienced either no wind or a tail wind.

The interesting thing was that my overall time en route and average speed was ... average. But it sure seemed like I had to work really hard just to be average.
Dreaded anchor syndrome was messing with my head!

The system moves along like it has for 100 plus years. Legislators pass laws every once in a while that affect employers and their workers. Employers pay for coverage. Insurance companies guarantee that coverage within legal definitions and policy language. Workers get hurt at work and file claims. Some of those claims are disputed so lawyers intervene. Medical vendors provide goods and services within a maze of authority zones.

Everyone has a job to do within the work comp system. Most do those jobs adequately to meet the needs of the system. Some decide to operate outside the boundaries of the system. But most go along for the ride, sort of lethargic in the legs, without feeling any real energy.

The energy is being expended, no doubt. Cases move forward at some pace. Policies come up for audit and renewal annually. Brokers make commissions, vendors get paid eventually, carriers post numbers. Analysts tell us what's anomalous.

All of this is sort of rote. We all go through the daily routine of our little workers' compensation jobs with very little thought or appreciation for what could happen. Anchor syndrome sets in and our energy gets low.

What is really happening is disruption all around us.

I was reminded of this when a friend turned me on to Zenefits.

Zenefits has the insurance, payroll, human resources, and a bunch of other singularly vertical, entrenched industries scared.

Because Zenefits has taken all of the disparate parts of managing workers, linked it all together, and put into one place for one person to handle cutting thousands of dollars of expense out of the human resources budget line.

Can you imagine how scared brokers must be of this disruption? In California alone, brokers tacked on $1.185 billion in additional cost to employers, and my guess is that most employers either don't appreciate, don't realize or don't experience any value added by the broker's intervention. 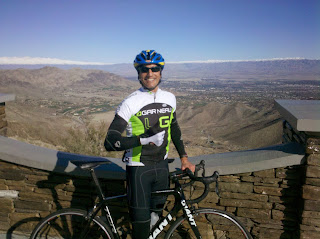 And if they could, I'd bet that most employers would gladly trade the annual email notice from their insurance agent about renewal for an automated system that cut out that extra pound or two added for commission.

A service like Zenefits could, eventually, manage workers' compensation insurance procurement and execution in a highly automated manner because they collect all of the data necessary for each and every single employee, and are adept at tapping and leveraging that data.

There will be some pundits who will poo-poo the idea that workers' compensation direct to the employer can work - it has been tried before. But that was a single insurance company selling directly to an employer that still had to manually feed the necessary information the carrier.

With Zenefits that data is there on a constant and every evolving basis - payroll audits can happen in real time; job descriptions and employment reports can amend classification codes in real time; health and welfare can be tied directly into injury benefits; and so on.

That's happened not just in work comp, but in all human resource management. We've done the same thing over and over and over again, and expect different results. Someone like Zenefits, or maybe it WILL be Zenifits, is going to change the way work comp is procured, and dispensed.