ACE and Chubb - A Trend?

The business of insurance is big. Work comp is a small part of it, but still big enough to be enticing.

Yesterday it was announced that global insurance leader, ACE Group, was buying Chubb Corp. for a few billion dollars, creating the eight largest workers' compensation carrier in the nation based on premium.

Ace will get a 70% stake in Chubb, and the two corporations will merge under the Chubb name.

Based on data from the National Association of Insurance Commissioners, combining the two companies last year would have brought them from the 13th and 14th-largest workers’ compensation carriers by direct written premium to the eighth-largest.

ACE CEO is Evan Greenberg, son of Maurice "Hank" Greenberg, who founded and built AIG Insurance into a global insurance dominator, only to come under fire several years ago for alleged misdeeds (for which he sued and won sort of a pyrrhic victory, now under appeal).

The Chubb brand has been around for 133 years and is one of the oldest financial institutions in the world that is still operational. 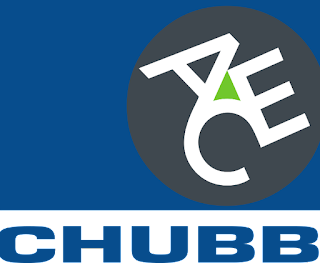 The combined companies, based on last year's data, will have $2.3 billion in workers’ compensation premiums, or 4.3% of the market.

Chubb's overall combined ratio last year was 89.8%, and ACE's was 91.3%. Industry average was 98.8%. So on a cash basis both companies are very profitable. I don't know what the companies' separate workers' compensation combined ratios were, and likely they hover around 100% - still enviable in the financial community.

The key element in my mind to the deal is the commercial insurance power the deal brings to the market. Workers' compensation, at least for Chubb based on my conversations with executives at that company, is written as an accommodation to its large business customers in order to keep them happy buying the more profitable lines of the P&C line.

Both companies are broadly diversified in the risks they carry. The combined two will be able to offer even more product to their customers.

I would expect more consolidations in the P&C industry in the coming year. Interest rates remain at such historically low levels that traditional insurance investments remain unattractive. Pent up capital needs to be deployed, and frankly there's no better investment at this time than buying your rival because insurance regulations inhibit where, how much, and when more risky investments can be made.

That's not to say that monolithic financial institutions aren't without risk. Just look at what happened in the financial world in 2008!

Greenberg will serve as chairman and chief executive officer of the combined company, while Chubb CEO and Chairman John Finnegan will become executive vice president of external affairs for North America. The company’s principal headquarters will be in Zurich, Switzerland – the current home base for Ace – while Chubb’s headquarters in Warren, New Jersey, will become the main headquarters of North American operations. The board of directors will expand from 14 to 18, with four members of the Chubb board joining the existing Ace leaders.
Posted by Unknown at 4:16 AM

Email ThisBlogThis!Share to TwitterShare to FacebookShare to Pinterest
Labels: insurance