Angry At The System

An interesting observation was made by David Hanscom, MD, in the WorkCompCentral webinar on Tuesday, "We're Beating Back Opioids - Now What?".

Dr. Hanscom is a board certified orthopedic surgeon specializing in the surgical correction complex spine problems in the cervical, thoracic, and lumbar spine. He has expertise in adult and pediatric spinal deformities such as scoliosis and kyphosis. A significant part of his practice is devoted to performing surgery on patients who have had multiple prior spine surgeries.

But more importantly in my mind is that Dr. Hanscom is an advocate in NOT performing surgery. His book, "Back in Control" teaches that pain, particularly chronic back pain, is NOT an orthopedic issue unless there is some structural issue involving the spine, but rather is about teaching the brain to use detours around established pain pathways in the nervous system.

Dr. Hanscom observed in the webinar that engaging injured workers within the workers' compensation system is infinitely more difficult than in general health "because these patients are so angry at the system."

This is a poignant, and from my observations, an accurate assessment. 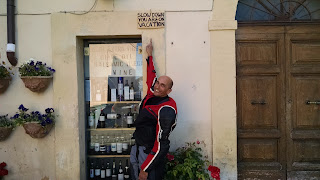 One need not look too far around the Internet to find postings by injured workers frustrated and angry.

They are mad at delays, denials, disruptions. There is no outlet for their rage, no way to vent. And when they do the perception is that these folks are irrational.

No one likes to deal with angry people, so when these injured workers' blood pressure rises and they vent some steam, they further damage their cases because the wall of anger increases irreproachability. The ability to rationally converse diminishes. Lawyers get involved (unless the emotional damage is too great in relation to the end-of-case financial reward, then they're left to their own devices).

Statistics bear out that a relatively small percentage of claims are responsible for a disproportionate allocation of costs and expenses. I haven't seen any empirical studies, though, on just how many of these claims involve "angry" claimants. I suspect a much larger representative population than we imagine.

It's our own fault. We have created a system where communication and accountability is minimal.

Sure, there's lots of required notices and forms. They have all sorts of warnings, advise, instructions.

That's not communication. Communication is a two-way street and more important than anything is listening - active listening. Sometimes there doesn't need to be a solution other than some empathetic communication.

And accountability is deferred to the penalty process. Workers' compensation systems are filled with negative incentives. Do something against the rules and one gets penalized.

Dr. Hanscom's solution is simple in concept, but difficult in deployment: "The first step I think would be to teach claims examiners to be nice to their clients. It happens to be their legal obligation. Nothing good happens in an angry interaction and at the end of the day the costs skyrocket."

Why is this so difficult? Well, for one thing, the claims payer is the "defendant" and we "defend" against claims.

If you're on the defensive, right off the bat your guard is up and it's difficult to be "nice" when you're fighting.

Secondly, being a claims adjuster is emotionally taxing. We all have bad days. When a claims examiner has a bad day the injured worker, unfortunately, is going to experience that. Bad days need time away from the desk. Time to slow down...

I'm reminded of my trip to Italy to ride motorcycles with my son this past May. The morning we went out to the bikes in San Marino to get started, one of the Ducati Monsters had a flat rear tire. It was obvious that someone, likely disgruntled with our arrival, had driven a drywall screw into it.

While waiting for the tire to be repaired I noticed a hand painted sign hanging on a wall adjacent to our hotel, "Slow down. You are on vacation."

The lesson wasn't lost on me.

We all have the same rules and regulations to abide by. But sometimes we just need to slow down and not get consumed by them.

If you missed or were unable to attend Tuesday's webinar, the recorded version will be available on WorkCompCentral in the Education section in a matter of days.
Posted by Unknown at 4:51 AM