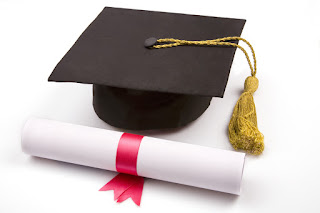 Do you know anyone that consciously chose to make workers' compensation a career?

Everyone I know in workers' compensation essentially stumbled into this industry and it seems that once you are in the work comp field you are in it for life.

The industry has never done a good job of marketing itself, if at all. Certainly not as a career choice.

When was the last time you heard a college or university tout its workers' compensation career track?

Or a law school dedicate a course of study to the subject?

This is going to be a problem - folks in this industry are reaching expiration date and there's not a good supply of back up.

Workers' compensation is a technical field. It can take years to learn the nuances and details. There are many different facets, and ergo, career paths to take within the industry.

The reason isn't pay scales. Nor is it a mundane business.

We have just never promoted the industry to the next generation(s), and training resources have been limited to on-the-job.

So when someone does choose work comp as a career I get excited. I believe in the work we do, and I believe that others would too if they just were given the opportunity.

Betty was a stellar student in the business law class I was teaching at Oxnard College 28 years ago.

Even though she was near delivery and dealing with the proverbial watermelon discomfort of near term pregnancy, she showed up for class every evening, turned in every assignment on time and with great quality.

And of course when it came time for final examination her daughter decided to be born, so Betty showed up at an alternative time to ace the exam.

I didn't know who she was when she applied for a legal secretary job with me, but Betty thereafter became one of my most valued employees, serving me (and subsequently some other very lucky lawyers) for years.

Betty's son Ben eventually made his way to the workers' compensation world simply as a matter of needing a job ... any job... like most of us. The law firm that Betty went to work for after I quit practicing needed someone to do the grunt work, and Ben was able bodied and willing.

Guess what - workers' compensation happened to fit his style, his interest, his motivations and needs.

Think about that - a Millennial deciding that workers' compensation was a worthwhile industry. An opportunity to do society good, to make things happen, to see a career path.

He contacted me out of the blue at the beginning of this year because he decided that the workers' compensation industry would provide him the growth and stability he was seeking as he matured.

We talked about careers in work comp, the great variety of skills needed, the opportunities that could be followed.

Ben decided that starting in claims was a good fit for his personality and his acquired skills - and I agreed.

I helped him with his resume.

I contacted some people I knew.

Sedgwick Claims Administrators showed an interest and we all met for a lunch. Ben presented very well, and I was proud to bring this candidate to Sedgwick's attention.

Sedgwick was also impressed, not only that Ben presented well, but that there was a young person who was so interested in work comp that he was actually choosing a career path in the industry.

Ben was asked to submit his resume, and take the initial steps towards application for a position. He was asked to apply to Sedgwick University, the company training ground for new employees.

Ben wrote to me last month to say he was on his new career path, excited to be working for Sedgwick, and saw bright prospects for his future.

There are certainly plenty of folks who denigrate workers' compensation. I get it. Many injured workers get angry and frustrated with the system. It's not perfect - far from it. And certainly we deal with our own share of bad apples.

Those of us in the field work with what we're dealt. We don't make the laws and regulations, though we obviously try to influence their creation based on our collective experience.

I believe that the vast majority try to do the right thing and try our best to work within the limitations and boundaries we are given.

But workers' compensation is, if anything, a people business. People doing things for other people - that's what work comp is all about.

Consequently, workers' compensation won't get any better if we don't have good people in the industry.

It's hard to think past one's own situation, but look at it this way - if you're an injured worker and have been through the mill, you already have experience in the industry. If you have the education and personality, workers' compensation careers are waiting.

Many of the top people in this industry got started because they were injured workers. They don't talk about it much, but the top leaders and executives in this industry felt, after their work injuries, that they could contribute and do better.

They have and do.

I'm really passionate about getting young people into the work comp industry, to fix the problems we have created, and make it what it really should be, and people like Ben are the start.
Posted by Unknown at 4:40 AM