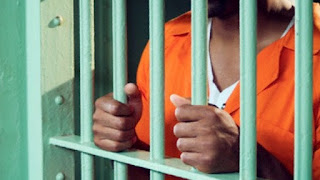 Unless one lives in Bangladesh, going to jail for killing a worker is rare.

But when an employer is so egregious with work safety and shows an overall disdain for the law, let alone worker safety, then sending them to jail is the least society should do.

The California Division of Occupational Safety and Health pursued criminal charges, and succeeded, against Richard Liu, the owner of U.S.-Sino Investment, and Project Manager Dan Luo to two years in prison for involuntary manslaughter for the death of Raul Zapata Mercado.

According to a press release from the California Department of Industrial Relations, Mercado was crushed to death after a retaining wall collapsed on him at a worksite U.S.-Sino Investment was running in Milpitas.

A Milpitas city building inspector had issued a stop-work order on the project, but the contractor didn't stop work. Mercado was installing the foundation for a retaining wall on Jan. 28, 2012. The 12-foot-high wall collapsed on him, killing him before responders had a chance to dig him out.

In addition the scofflaws didn't have workers' compensation insurance, and safety inspectors found that neither Mercado nor any of the other employees were wearing head protection, had failed to shore up the wall to prevent it from collapsing and didn't have a competent supervisor to ensure that the wall was being installed according to safety regulations.

The company did not have an excavation permit as required for any work performed in a trench that is 5 feet or deeper, according to the District Attorney’s Office.

The company was also fined $168,175 - a mere pittance in my opinion compared to the harm caused by their criminal behavior to the Mercado family. The case was originally handed to the District Attorney's office after a grand jury indictment in 2014.

Sometimes it's not the act that caused the death that results in employer jail time.

In June a Meadowbrook, Pennsylvania, roofing contractor was charged with lying to OSHA inspectors who came to one of his work sites following the death of a worker in 2013. The worker died after falling 45 feet from a bracket scaffold at a church, and the resulting inspection led to penalties for failing to provide fall protection.

James McCullagh allegedly attempted to cover up the lack of fall protection at the work site by falsely telling OSHA inspectors that he had provided harnesses and other safety devices for the crew. The U.S. attorney is also alleging that McCullagh directed his employees to back his story up when speaking with the inspectors.

The case is pending. McCullagh faces up to 25 years in prison and $1.5 million in fines.

In my mind, if lying about a work injury deserves jail time, then people that knowingly, and intentionally, put their workers at risk, and then lie about it, should have the proverbial book thrown at them.

Because that conduct is worse than fraud.
Posted by Unknown at 4:10 AM