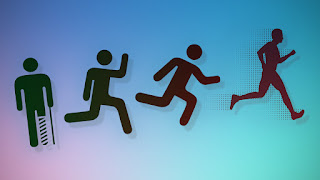 Kentucky has learned how to frustrate attempts by injured workers, and their employers, to get back on the job after a work injury.

The state's Supreme Court on April 2, in Quad/Graphics v. Holguin, ruled that Quad/Graphics was not entitled to an offset against temporary disability indemnity for the full salary it paid Mario Holguin after the third finger of his left hand was severed in a workplace accident, because Holguin was unable to return to his customary duties.

Holguin's finger was successfully reattached on the same day of the accident, but for about two months the company had reassigned him to "one-handed" duty doing quality-control checks and other odd jobs while healing.

First, the employer, Quad/Graphics, deserved kudos for doing the right thing and getting their employee back to work ASAP.

Quad/Graphics reasonably and logically argued that it was entitled to an offset from its TTD obligations for the time that it paid Holguin his full salary.

It turns out that Kentucky law doesn't allow that - the state apparently would rather ensure that the disabled remain so, and that employers just forget about attempting to employ them.

“Quad contends that without an offset for the light-duty wages, employers will stop placing their employees on light-duty work and the result will force employees to live off of reduced TTD benefits,” the court acknowledged in its opinion. But the justices said any change to Kentucky’s workers’ compensation laws would have to come from the state Legislature.

I get it - that the state's Supreme Court doesn't want to make law is commendable. That's the rule the courts are supposed to respect: courts interpret the law, legislatures make the law.

According to WorkCompCentral reporter Steve Sadin in his report yesterday, though, the Kentucky League of Cities, which operates a workers’ compensation risk pool for the commonwealth’s municipalities, has been advising its members not to return claimants to light-duty work while they are recovering.

And Sadin has confirmed that at least one city is following that advise.

That's an unfortunately lamentable consequence of the Quad/Graphics case.

It's not that the absurdity of such a rule is lost on the League though. Terri Johnson, the League’s senior marketing and communications manager, told Sadin that it is seeking a legislative fix.

This is pretty much a no-brainer issue. When a worker remains on disability not only does the injured lose the benefits of holding steady work (financial, physical, emotional), the country loses a productive contributing citizen and taxpayers have another beneficiary to support.

A few thousand miles to the north west, the State of Washington's Joint Legislative Audit and Review Committee is recommending changes that the state Labor & Industries Department, which administers Washington workers' compensation, adopt as standard operating practice a pair of return-to-work pilot projects.

Washington's Early Return to Work and Early Ability to Work Assessment programs use predictive analytics to flag injured workers who are less likely to return to work following an injury and then implement strategies to intervene.

Though the Kentucky Legislature does not go back into session until next year, employers and workers in the state should unite on this cause and lobby their lawmakers because this is one area where there truly can be the proverbial win-win outcome.
Posted by Unknown at 4:25 AM