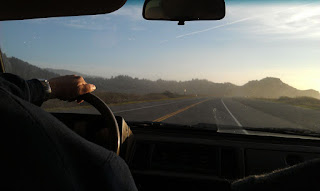 Here's the broken record: nobody likes or wants workers' compensation insurance until something bad happens and there's no alternative to incurring the liabilities or damages by one's self.

Two cases in California (one in LA and one in SF) involve Uber employees explicitly and exclusively seeking workers' compensation coverage because they sustained injuries from passenger violence and lack any other means to have their injuries or disabilities taken care of other than out of their own pockets.

Uber driver Omar Zine filed a complaint in Los Angeles County Superior Court Friday, Zine v. Uber Technologies, for injuries sustained Dec. 14, 2014, when he picked up two female passengers and a fight broke out. The women punched and hit Zine in the head, knocking out teeth and fracturing his jaw.

Zine's medical care, performed at Cedars-Sinai Medical Center in Los Angeles, allegedly cost more than $100,000, including dental work and cosmetic surgery. His attorneys say there is permanent disability because his jaw "is not properly aligned."

Zine’s attorneys have noted that a similar case, Abdo Ghazi v. Uber Technologies, has been filed in the San Francisco Superior Court and requested class certification.

Because Uber treats its drivers as independent contractors, it doesn’t carry workers’ compensation insurance for them, nor does its automobile insurance cover the drivers.

Being an Uber driver (or any public transportation driver) carries a relatively high occupational risk.

According to a fact sheet the U.S. Occupational Safety and Health Administration published in 2010, taxi drivers are 20 times more likely than other workers to be murdered on the job. From 1998 to 2007, OSHA found that the homicide rate among cabbies ranged from nine per 100,000 drivers to 19. For all workers, the average homicide rate during that time period was 0.5 per 100,000.

Certainly there are issues beyond workers' compensation that impact a business' decision to classify workers either independent contractor or employee - these issues model overall labor law classifications of exempt (those not subject to overtime and other wage laws) versus non-exempt (hourly workers typically covered by rigid work rules).

And perhaps the true remedy for the new economy is to create a third classification, the Dependent Contractor, blending the two models where there is shared risk between the worker and the company, but increased freedoms to both.

There is no reason why the insurance industry could not come up with products that meet the needs of both the company and the worker for a shared economy business, but that's not going to happen until the risks are more well defined and that takes a change in the law.

As we know, the law moves slowly and in the case of creating a Dependent Contractor status, time will be needed to think through the ramifications, from liability for certain expenses or risks, to taxes and how to collect them.

The vast majority of working people (and frankly business people) have no appreciation for, understanding of, or demand for, workers' compensation insurance until an injury occurs, and the responsibility for paying can't be transferred to somebody else.

Then, all of a sudden, the despicable and horrible workers' compensation system is desired.