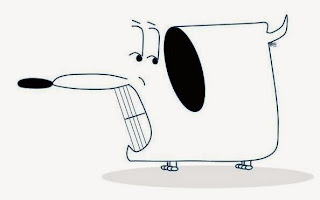 The Dog Days of Summer are here in full force. It was generally a hundred degrees with nearly 100% humidity every day of the 70th Annual WCI Educational Conference in Orlando, FL.

That weather yesterday produced flight suspending thunderstorms so many people got stranded in the Land of Disney, including WorkCompCentral staffers (but not me - I got out early in the morning before convective activity could propagate).

According to National Geographic, "dog days refer to the dog star, Sirius, and its position in the heavens," the publication states. "To the Greeks and Romans, the 'dog days' occurred around the day when Sirius appeared to rise just before the sun, in late July. They referred to these days as the hottest time of the year, a period that could bring fever, or even catastrophe."

Dog days followed me from Orlando to Southern California where, even at the beach of Hueneme, which is adjacent the deep, cold Hueneme Trench, night time lows have been unusually, and uncomfortably warm.

Dog days, as the National Geographic article points out, could spell catastrophe. I'm not saying that there's any catastrophe pending in California workers' compensation, but certainly an uncomfortable environment is brewing.

Workers' compensation is often called the "poor man's" or "working man's" dispute resolution system, particularly when a termination is involved.

Emotions are high when a worker, particularly a long time worker, gets terminated. Employment lawyers won't take the case because there usually isn't any civil cause of action in the at will employment environment of California law.

Consequently, "injuries" occur in cases that would not be filed by disgruntled employees in civil courts because of cost or procedural barriers.

Labor Code section 3600(a)(10) was added a few reforms ago to arrest the filing of post-termination cases, as they are called, where there is no objectively verifiable injury, as defined.

But a recent Workers' Compensation Appeals Board case seems to state that "injury" is irrelevant for filing purposes.

Samuel Polanco had been a long-time employee of West Coast, working as a painter. They parted on bad terms, when Polanco became upset about his son being laid off by the company.

West Coast fired Polanco for yelling at his supervisors.

Polanco lawyered up, and filed a cumulative trauma claim for injuries to multiple body parts. The carrier's attorney told WorkCompCentral Polanco filed his claim before even seeing a doctor.

At trial, Polanco produced no evidence he had ever sought treatment for any of his allegedly injured body parts before he was fired, and he admitted that he never reported any injury to West Coast.

The Workers' Compensation Judge found West Coast had no notice of his claim prior to his termination and that Polanco's claim was barred by Section 3600(a)(l0)(D).

The whole purpose of 3600(a)(l0)(D) is to bar claims of injury procedurally where there was no notice to the employer of any injury allegation prior to termination, which makes sense particularly in the context of when that code section was amended; prior to the amendment it was quite common for terminated workers to seek redress via workers' compensation so they could "stick it to The Man."

But the Workers' Compensation Appeals Board reversed Hughes last May, saying Polanco was not "disabled" until after he was fired, so based on the plain language exception found in Section 3600(a)(l0)(D) his claim could not be summarily dismissed.

The exception in Section 3600(a)(l0)(D) is, "The date of injury, as specified in Section 5412, is subsequent to the date of the notice of termination or layoff."

Section 5412 provides, "The date of injury in cases of occupational diseases or cumulative injuries is that date upon which the employee first suffered disability therefrom and either knew, or in the exercise of reasonable diligence should have known, that such disability was caused by his present or prior employment."

Curiously, the WCAB ignores the portion of 5412 about knowledge, "either knew, or in the exercise of reasonable diligence should have known..." and the preponderance of the evidence standard.

The only evidence presented in favor of Polanco was a medical report that found Polanco permanent and stationary after date of termination - the WCAB does NOT say whether that medical report by a Qualified Medical Examiner (how did it get that far?) a) found injury, or b) found disability...

I'm all for injured workers getting compensation when they sustain an injury. And I understand using the workers' compensation dispute resolution system to air the grievance - it's cheaper than a civil suit.

But the WCAB got this case wrong.

It's on appeal to the Fourth District, which won't have a decision issued until the weather cools down a bit.

Dog days of Summer ... making things uncomfortable from coast to coast.
Posted by Unknown at 4:56 AM