Even more so than most other systems or industries, trust is paramount to the credibility of workers' compensation. 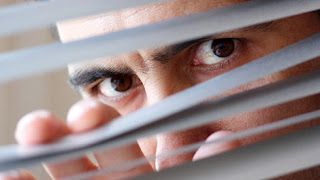 There are so many different moving parts to workers' compensation - from funding to administration to execution, enforcement and delivery - the big circular revolution of the system from origination to repatriation back into the economy requires a high level of trust between a lot of parties with disparate interests to make it work.

Government plays a big part in the trust circle. Government sets the rules. Government is to enforce the rules, and make sure everyone plays fairly. And government has to be particularly careful about conflicts of interest, or appearances of impropriety, since it is in such a central, and powerful, position.

Trust in government can be shaken to the core when allegations of wrong doing are tossed around.

Part of the turmoil that has surrounded Oklahoma's two-year old reform law is due to lack of trust.

Not only did the state completely upend its workers' compensation system by moving to a fully administrative process, including for dispute resolution, but a new sector was carved out for employers wishing to provide an alternative to the system.

There are a couple of components that Oklahoma will need to move through as its new laws mature: allegations against the Department of Insurance that it "rubber stamps" alternative plans presented for approval with dubious analysis of equivalency to the state's work comp system; and allegations of inappropriate behavior by former executive director Rick Farmer.

Most recently, State Auditor and Inspector Gary Jones issued an audit report released Nov. 18 concluding the agency's “internal controls do not provide reasonable assurances that revenues, expenditures or inventory were accurately reported in the accounting records.”

Jones says this allowed for the potential for the misappropriation of funds, illegitimate claims for payment, fictitious payroll payments or improper changes, and the mislaying of inventory.

Most of the problems with the internal controls cited by the state auditor related to the failure to segregate posts with the same person given the job of both approving and reviewing expenditures, Bailey told WorkCompCentral.

According to Jones' audit, there are problems over the primary self-insurers guaranty and the credit letter funds. The funds pay for loss of earnings and treatment when a self insured employer is unable to pay and must contain more than $1 million.

Bailey said those issues have been addressed.

A recent lawsuit filed by former employees of the agency, whom Farmer laid off in July 2014, accuse him of religious discrimination among other indiscretions.

The plaintiffs allege Farmer hired 13 people, many of them members of the Church of Nazrene, following his appointment and that they were given higher salaries than existing employees, which the filing claims Farmer referred to as the “Nazarene bump.”

The four former employees had worked at the agency for between 10 and 20 years prior to their lay offs.

The complaint alleges that a “lack of funding” was given as the reason the commission laid off 16 employees late last year. Farmer, however, hired approximately 13 new employees following the commission's creation on Feb. 1, 2014 (just over four months before the firings),” the complaint says.

None of the newly-hired employees were terminated as a result of this alleged lack of funding, the plaintiffs state.

The state Office of the Attorney General is defending the commission against the court.

There's an old saying: trust takes years to build, seconds to break and forever to repair. Bailey, the commission and the state of Oklahoma have a lot of work to do in the trust department now, making implementation of their reform even more difficult.

The distraction is unfortunate, but they'll get through it though because, "The people when rightly and fully trusted will return the trust." --Abraham Lincoln.