Displacement of The Bargain 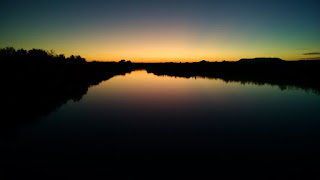 I expected vitriol in response to my posts on the realities of workers' compensation, justice and wealth re-allocation ("Ain't No Justice" and "You Don't Belong Here"). I didn't expect to see frustrations expressed so violently.

Most of these comments have been removed by their authors from my blog. They are disturbing, and I hope are NOT indications of homicidal ideation, but they certainly should not be dismissed as rantings of unhealthy thoughts.

Many of comments reflect a lack of understanding of what workers' compensation can, or can't accomplish, but more so, are evidence of increasing class stratification and social resentment, and while workers' compensation isn't the cause of that greater social ill, it is reflective of that.

YOUR (sic) right the only way the injured get justice is if they take the law into their own hands and hold those suits to account for the wrongs.

THEIR (sic) is no justice one has to seek that from their oppressor with out the courts.

THE ONLY WAY FOR THE injured to get justice is to take the law into your own hands.

LOOK at Nevada, that adjuster got what he had coming and more will follow.

NO JUSTICE in COMP means NO JUSTICE for the whores who try to eff us over...

I will have JUSTICE against those who conspired to harm me, law of the land or not.... those who harmed me will pay for their crimes in the end..

THE ONLY way for the injured to get justice is to extract it on their own from their oppressors.

The abused and oppressed will rise up and fight back weather the systems condones it or not. WERE (sic) PITTING one class against another, then allowing the suits, to hide and walk away from their crimes. An injured worker will rise up and seek revenge with or with out the system.

THE power players need to beware, for their days of effing over injured workers are coming to an end.

IT is all about justice and principle. You see if I had an attorney, I would not have been allowed to fight on just principle, for that's not worth a lawyers time, but for an injured worker, Principle is worth all our time, 24.x7. That is how our claims becomes or (sic) lives, fighting for this root injustice, thats suits seem to just demises with ease. .

Justice, is what its all about for the VICTIMIZED.

Employers have gotten away with a lot. Especially in the health and safety laws that employers laugh at. Employers do not have to abide by the rules and many injured/ill/disabled are purposely harmed and some after the injury by vile "medical staff". Where is the justice when a claim is denied from the onset and that insurance whores (doctors) who will knowingly write a false report as instructed by the insurer. The greatest injustice here is that the Worker comp courts do not listen to the injured when there is more than obvious malfeasance & fraud by the employer & the insurer. So who represents us against the fraud & corruption against the court. Now that is an injustice that can be fought but everyone that could help, turns their heads for a meager percentage. Judges do not acknowledge fraud even though they are supposed to. The same goes for the District attorneys, they don't because the same employers pay their salaries as is done in CA. AND therein lies another injustice with those who are supposed to protect us against deliberate harm or fraud do not because they are bought and paid for by the same employers who don't care if their employees are exposed to harmful work environments. AND then there is the injustice of our law makers who keep writing up laws that hurt the injured workers from the onset. So yes there are injustices that can be fought for, only IF those who represent us get the courage to do so. No one should wind up in the poorhouse with ongoing injuries or illnesses all to protect the employer/corporations. Now that's the biggest injustice that should be gone after and isn't.

One other injustice is that when claims aren't paid to the injured/ill/disabled worker that that money does go directly back into the employer/insurer for profit at the end of the day, month, year. To profit off of injured/ill/disabled workers by not paying out claims is also vile. It is very much a parasitic system, all and just for CEO's & others to live high on the hog on the corporations producing injured/ill/disabled workers. This is a repeat of the 1900's Gilded age. Where the working class is just used & beaten up, all just for profit. tsk tsk, that history has repeated itself is really so sad and reprehensible, lets hope nothing else of history follows.

ONE of the injured will rise up and show this COUNTRY what JUSTICE really is.... the comp workers in NEVEDA learned the hard way. NOW we need to teach all the other players as well. YOU DO NOT LIE In our care then live to brag about it. A WAR that the elite pure breed have started but US LABORERS will finish, by dancing on the elite whores graves.

ITS a CLASS WAR Period. AND THE Victims will rise up and kill their abusers in the end. Count on it.

The Nevada case that is referenced by the commenters above involved a claimant seeking permanent total disability indemnity for a 2003 injury sustained when he tripped over a baggage cart at the Bellagio in Las Vegas.

Sullivan filed a civil rights complaint against Kogler, a former hearing rep for MGM, as well as his nurse case manager, claims adjuster and MGM. The complaint was dismissed.

Some people can't or won't be helped. They have their mission and will seek to accomplish it to the end, like Sullivan.

But most people just want to move on, though they don't really know how to do it, and the workers' compensation system isn't designed to help with that process.

The concern with the details of procedure has displaced delivery of the bargain.

Work comp is about providing some form of medical treatment and indemnity in accordance with rules dictated by legislatures and meted by rules. The disconnect, I believe, is expectations.

Each of these constituents has different, opposing expectations.

As a consequence of attempting to manage these opposing expectations, checks and balances have been implemented over time that have ended up taking precedence over the actual act of delivery of benefits.

The retorts above also demonstrate the most dangerous aspect of getting hurt at work and falling into the workers' compensation system: isolation.

At home, alone (at least psychologically), without any real support system - a recipe for disaster.

Sometimes a case manager will be assigned to interface, but typically the role of the case manager is cost containment. The title, "case manager" denotes that role. These hard working, compassionate people have a lot of forms and reports to generate, and that takes time away from their real jobs: listening and understanding.

We know that "relationships matter." In fact, there's good argument that relationships take precedence over nearly any other element of human existence.

Yet we do a terrible job in workers' compensation of establishing and maintaining, or repairing, relationships with the people the system is supposed to service. And this leads to unreasonable expectations.

I don't have an answer other than getting a lot of people together, all of the different constituencies in this complex world we call workers' compensation, and starting a dialogue.

The answer isn't more laws, or regulations, or penalties, or hearings, or fines. Nothing will get solved today, and maybe not tomorrow, unless there is trust.

Trust doesn't happen over night and requires the one thing that most people are terrible at: listening.

What the injured workers above "hear" from workers' compensation is that they aren't wanted, and that they are discounted as human beings.

My guess is that each of these folks were discarded early on in their cases, and by "discarded" I mean were not counted as human beings with issues from the very beginning. Maybe those issues were/are personal, but they deeply influence the workers' compensation case and can't be discounted simply because they are "co-morbidities."

Listening takes time and patience, things we're short on because we're so concerned with the process.
Posted by Unknown at 4:33 AM