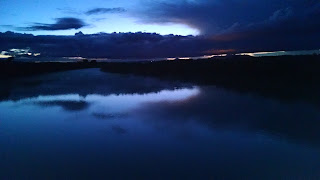 Monday I espoused that workers' compensation had nothing to do with return to work because the ultimate decision lied with the worker, and his or her motivations.

I followed up a couple days later with a rant that there's nothing "fair" about workers' compensation.

The Supreme Court in Kentucky in April confirmed both of those tenets in ruling that the state's laws did not permit an offset against temporary total disability indemnity benefits if an employer provided an injured worker with a job during the recovery phase and while on TTD, even if that was unfair.

The result has been that many employers have stopped with their return to work programs.

The Supreme Court in its opinion in Quad/Graphics v. Mario Holguin said the employer made a good public policy argument for allowing employers to suspend TTD if they return an injured worker to employment on light duty before full recovery.

The employer, Quad/Graphics, (in reality, likely their insurance company, but it is not identified in the court's opinion) had argued that if it does not receive an offset, the plaintiff was getting “an unfair and unnecessary windfall.” Without an offset, employers “will stop placing its injured employees on light-duty work and the result will force employees to live off of reduced TTD benefits.”

The court found there is no law in Kentucky's statute books that allows employers to offset any benefits except in very narrow circumstances and not in any case where the worker is doing a job he was not employed to do.

According to WorkCompCentral's story this morning, many employers in Kentucky now, including some municipalities, have been dropping return-to-work policies entirely, confirming Quad/Graphics' argument.

Following release of the judgment, the Kentucky League of Cities told its 380 members to “discontinue any modified-duty work program you may have to avoid paying injured workers both for modified duty and workers' compensation indemnity benefits.”

The Quad/Graphics case is an unpublished opinion, which means it does not have binding authority as general law - the ruling is only applicable to that specific case. Still, the court basically affirms: there's nothing about return to work in workers' compensation and fairness is up to the legislature - everything else is an accommodation only:

"Workers' compensation is a statutory creation," the court concluded citing earlier case law for the quote. "Thus, the proper forum for the argument is the legislative."

Does return to work make sense? Sure it does. The employee derives the benefit of belonging, having more to do than contemplate his or her work comp case, and interact socially at a meaningful level. The employer ultimately saves money by reducing disability in the long run (because back to work will shorten disability duration - there are many studies confirming this), getting back to normal production faster and improving moral.

Employers that whine it's not fair do what is being reported - wah... They are short sighted and fail "the right thing" test.

But they prove as well that return to work is not a part of work comp, it is only an accommodation. And they further prove that there's nothing fair about work comp except what the legislature says is fair.

An employer waiting for sanctification from the legislature, though, isn't fair to itself...
Posted by Unknown at 4:30 AM

Email ThisBlogThis!Share to TwitterShare to FacebookShare to Pinterest
Labels: RTW