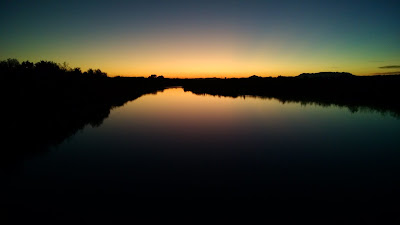 Yesterday I went on about how workers' compensation evolved over the years, how it will continue to evolve, and that the original "Grand Bargain" was still alive, just that we were bargaining over ideas, concepts and issues that weren't known or in existence 100, or even 20 years ago.

This morning I recalled an article in the Los Angeles Times at the beginning of this year that seemed to epitomize why we are now bargaining over matters that weren't of consequence before.

The headline, "Even for the active, a long sit shortens life and erodes health," bespeaks the modern hazards of today's office workers: those who sit for long hours face a higher than average risk for contracting cancer, cardiovascular disease, type 2 diabetes and early death, even for those who exercise according to minimum daily recommendations.

According to the research, which is a review of 47 clinical studies, published in the Annals of Internal Medicine, even those who engage in vigorous exercise were estimated to be 16% more likely to die of any cause in a given time from a long day of sitting than were those who do not sit for long.

Researchers estimate that more than half of the average American's waking life is spent sitting.

The authors extrapolated from available research that those who spend long hours in sedentary activity are 90% more likely than those who don't to develop type 2 diabetes.

Of course, there is no comment on how many bon-bons are consumed while watching television by that risk category.

Also, that 90% risk factor blends completely sedentary people with regular exercisers, and the study findings that researchers worked with weren't powerful enough to discern whether regular exercise mitigated that risk.

And, while the likelihood of dying from cardiovascular disease rises less dramatically (about 18%) with long hours of sitting, as does the risk of cancers (between 13% and 16%), according to the report, the authors still note a correlation.

In addition, the studies reviewed by the researchers also observed higher rates of breast, colon, colorectal, endometrial and endothelial ovarian cancer among those who logged long hours in a chair.

The big caveat of course is that the research doesn't identify just how much sitting is bad, what the co-morbities were with those that sat more than others, and what maladies are more likely to be provoked by sitting than not.

Here's the problem: we have come to identify, catalogue and diagnose new maladies, diseases, and injuries that are just as likely to implicate the employment setting as any other setting.

None of this was contemplated by the originators of the Grand Bargain.

And all of this creates new bargaining positions.

If we were to take these findings at face value, then no matter what we do at work, there is a compensable consequence.

Who's going to pay for it?

When we get down to the Grand Bargain argument, that's really what the question is.

Are we ready to be responsible for ourselves?

Or have we become a nation that can't bear personal responsibility any more? In which case workers' compensation really isn't relevant any longer because the scope is too limited, and we just need to abdicate all of our choices to a single, universal system of matriarchal pandering...

We've become adept at recognizing diseases that aren't really diseases. We, as a society, like to make diagnosis for symptoms that shouldn't really be categorized as a disease.

American society has not only become adept at blaming others, but also for seeking new ways to defer personal responsibility.

That is NOT what was contemplated by the Grand Bargain.
Posted by Unknown at 3:53 AM