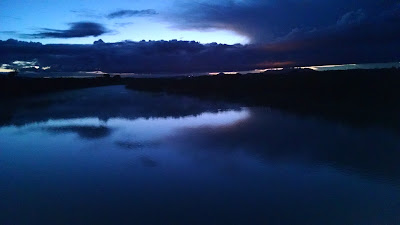 An Oklahoma appellate court decision put a chink in the armor of one of opt out proponents' major advantage over traditional workers' compensation was the mitigation of litigation.

A big source of employer costs in Oklahoma workers' compensation - indeed in many states - is disputes and the expense of navigating through the dispute resolution system and the involvement of legal professionals.

Opt out employers use ERISA compliant agreements with their employees to steer disputes into arbitration. Many advocates for injured workers claim foul on those provisions because they claim arbitration is "rigged" in favor of the employer since the employer selects and pays the arbitrator.

Jonnie Vasquez claimed an injury last year while working as a sales associate in the women’s shoe department of a Dillard’s store in Shawnee, Oklahoma. After she was unable to obtain compensation through the Dillard’s Injury Benefit Plan for Oklahoma Employees, Vasquez filed an appeal with the Workers' Compensation Commission.

Dillard's removed the case to the District Court for the Western District of Oklahoma arguing its plan was an “employee welfare benefit plan” governed by ERISA and thus not subject to the workers' compensation system's review process.

Attorney Bob Burke, who is very active in Oklahoma arguing against that state's reform measure, SB 1062 on several grounds, took on representation of Vasquez and moved to have the matter remanded to the commission.

Dillard's objected, arguing the case belonged in the federal courts because Vasquez's claim for benefits did not arise under the workers' compensation laws of Oklahoma, and that Vasquez's challenge of the plan administrator's denial of her application for benefits was "an ERISA enforcement action claim."

Since federal trial courts have original jurisdiction over ERISA enforcement action claims, Dillard's said Vasquez's appeal of its benefits decision could be heard in the federal court.

But ERISA exempts any plan “maintained solely for the purpose of complying with applicable workmen’s compensation laws" from its coverage, and Burke argued that the plain language of SB 1062, which provides that any opt out plan must provide the same form of benefits as those included in the Oklahoma Administrative Workers’ Compensation Act, compels review by the commission once an employee exhausts that review processes provided by a plan.

The court's result isn't surprising. The statute is pretty clear. And opt out still has advantages to employers in that there is greater control over the provision of benefits.

The trick for employers is not to get cocky and abuse those privileges, like what happened earlier this year in Jenkins versus ResCare, Inc., where the employer denied a witnessed accident because the claim was reported 3 hours past the 24 hour notice requirement in the company's plan.

I remain on the fence about opt out. I think it can work, but I also think it can be abused, and frankly that's no different than traditional workers' compensation.

Employers demand stability and consistency. Employees demand expediency and fairness. These are reasonable demands, and aren't hard to deliver if everyone just does their job in the first place instead of trying to get an advantage over the other.
Posted by Unknown at 5:31 AM