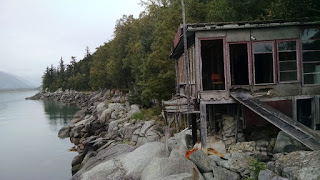 The Berkeley Research Group and Rand Corp. presented results and findings from studies conducted to the California Commission on Health and Safety and Workers' Compensation on Friday with several glass half-empty, half-full conclusions.

Rand Corp. also presented to CHSWC more conflicting information: The study period for both of these reports is problematic - SB 863 became law in 2012, so 2013 is a transition year where many of the elements of that reform attempt were still in the process of being rolled out, and the industry adapting.

In addition, the BRG study cohort was just one year from date of injury, so by study's construction by definition pretty much did not include chronic injury cases.

And, though there was an increase in physician participation in work comp, the net decline is still over 24% from 2007.

Which is where the story telling becomes relevant.

The flip side to the data are the stories about the 15% that are not satisfied, or about the 24% of physicians who no longer take work comp cases, etc.

The data has to be put into context to have meaning. The stories will either explain the data, or contrast the data.

There's a story in the 15% that are dissatisfied with work comp, and in the increase in frequency, or lackluster RTW stats - that's where we learn the lessons.
Posted by Unknown at 4:41 AM