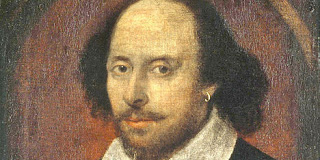 There is an essential element to the Grand Bargain: one can't have it both ways.

We've gone over that theme before when I point out that an employer wished it had workers' compensation coverage rather than be exposed to the vagaries and unlimited damages in civil litigation.

And visa-versa, I've pointed out workers who would have preferred the skimpy, though certain, benefits of work comp rather than hoping to hit it with a big jury award 5 to 10 years post incident.

The reverse can also be said - employers often complain about the expense of workers' compensation, though generally those who do haven't been exposed to the civil system; and injured workers complain about the skimpy benefits, unreasonable denials and complex rules, though they haven't had to wait for some fact finder to estimate their own fault in an accident.

We also forget that the Grand Bargain is between two stakeholders, and two only: employer and employee. The third stakeholder, the government, is there to set and enforce the rules.

Everyone else is a vendor - pure and simple.

But in work comp we confuse stakeholders and vendors, sometimes because the law blends them. For instance, in Florida employers are more often than not referred as one in the same as their insurance carrier (see any Florida 1st DCA opinion).

The usual work comp insurance policy does mandate a substitution of the employer by the insurance company. The carrier assumes all of the rights, privileges, responsibilities, and duties that the law otherwise imposes on the employer.

Except the insurance company does not have the same motivations as the employer - and therein lies a problem.

Oklahoma attorney and provocateur, Bob Burke, yesterday sent an email to his list of subscribers describing just such a situation, and this leaves both the employer and the injured worker in limbo.

"Michael Hill at Burton Law has filed a negligence lawsuit in Murray County for a worker who was injured when a picnic table broke during an authorized break. The injury occurred 'outside the employer's facility,' which makes it not compensable under 85A O.S. SEC. 2(13).

"As expected, the premises liability carrier has filed a Motion to Dismiss, asserting that this is workers' compensation and there is exclusive remedy.

And of course this makes complete sense. But those with the money, the insurance companies that are going to fight this battle, owe no allegiance to the injured worker. And the employer has delegated its interests to the carriers (and of course will complain later about its' premiums).

Has the employer also delegated its honor?

In Shakespeare's Henry IV, during the battle of Shrewsbury, Falstaff, after Prince Henry exits the stage, goes on a diatribe in response to Prince Henry's remark about owing "God a death" - a reference to honor.

'Tis not due yet; I would be loath to pay him before
his day. What need I be so forward with him that
calls not on me? Well, 'tis no matter; honour pricks
me on. Yea, but how if honour prick me off when I
come on? how then? Can honour set to a leg? no: or
an arm? no: or take away the grief of a wound? no.
Honour hath no skill in surgery, then? no. What is
honour? a word. What is in that word honour? what
is that honour? air. A trim reckoning! Who hath it?
he that died o' Wednesday. Doth he feel it? no.
Doth he hear it? no. 'Tis insensible, then. Yea,
to the dead. But will it not live with the living?
no. Why? detraction will not suffer it. Therefore
I'll none of it. Honour is a mere scutcheon: and so
ends my catechism.

What Falstaff is saying is that honor is useless when one is wounded: it cannot set an arm or a leg, or take away the “grief of a wound,” and it has “no skill in surgery.” In fact, being merely a word, honor is nothing but thin air, and that the only people who have honor are the dead, but it does them no good, for they cannot feel or hear it.

So Falstaff concludes that honor is worthless, “a mere scutcheon,” and that he wants nothing to do with it.

Which is Shakespeare's genius: In a play obsessed with the idea of honor, Falstaff calls into question the entire set of moral values on which most of the characters base their lives.

And in workers' compensation, we too have to question the entire set of moral values that underlie the obligations that an employer defers to its insurance companies (both work comp and civil). Other than what is mandated by law, the claims administrator has no allegiance to the injured worker, and unless it's a large account, has no real interest in making the employer happy either. Premium in, business done - next job is to minimize the outflow...

It's just business. But it is business that challenges the honor of the Grand Bargain.

The claims payers can help, and many do a good job, but it is the actual employer that restores the honor to meet the original Grand Bargain obligation.

Because the Grand Bargain, for all its permutations, machinations, extensions and challenges, exists only between Business and Labor.

Regardless of allegiance or business, fortunately there are many in this industry who do value honor, and the obligations to both employer and employee.

Recognize those in the industry that uphold honor - attend the WorkCompCentral Comp Laude Awards and Gala on December 5 in Burbank, CA. Call for special pricing, 805-484-0333.
Posted by Unknown at 4:16 AM