I buy pretty much everything over the Internet now.

Looking at my receipts over the past couple of months: there were motorcycle and bicycle parts, shoes, shirts, a leather riding suit, tires, oil and filter for Forty One Mike.

About the only thing that I don't buy over the Internet these days is groceries.

And even the insurance part is not entirely true - insurance for The Sewing Machine was purchased on line through Progressive.

But all of my other insurance, business and personal, general liability, homeowners, auto, umbrella, directors & officers, cyber-liability, employee practices, health, dental, and yes, workers' compensation (geez, how much insurance can one person purchase?) - all via my broker Mike and his agents. 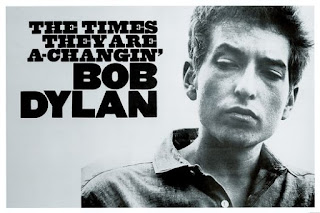 Is is too complicated? I don't think so - every insurance policy I have purchased, including workers' compensation, requires only the completion of an application. Those applications may be lengthy and ask really dumb questions that don't seem to either have any relevancy or are just in-artfully drawn, but nonetheless, there's nothing magical about the application process that requires human assistance.

Are there services that a human provides in the insurance procurement process that can't be replicated by a computer? I don't think so, at least not in my case. My agent has never helped me complete an application. Once his office assisted in getting records sorted for an audit, but I could have had a staff member do that. Otherwise, I'm not really sure what value my agent brings to the table for his commissions and fees.

One thing that a human agent can do that has not been replicated on line, yet, is easily shopping multiple carriers along multiple lines to make my purchase single decision easy. But even then, that's half-assed; it's just research and I'm sure he does that all on line... And I still have to write multiple checks several times a year to different companies for all of that ridiculous over-coverage I carry.

Employers Direct Insurance, started by Jim Little over a dozen years ago, was one of the first insurance companies that was started with the consumer direct model for workers' compensation. Eventually the company went the traditional broker model.

Little told WorkCompCentral reporter Elaine Goodman that they found people were "more comfortable keeping it all together with their ‘trusted adviser.”

Berkshire has formed a new company for the venture, Berkshire Hathaway Direct Insurance Co., to start selling workers' compensation insurance in all 50 states to small businesses. It has approval now in 46 states.

A 2013 insurance survey by Deloitte Center for Financial Services found that 16% of all surveyed were very likely to purchase their insurance on line. 35% said they were somewhat likely to do so. Millenials scored highest in the survey, of course.

What's different now than in 2002 when Little tried the direct experiment? Probably just the passage of time which breeds familiarity and comfort.

I originally started WorkCompCentral in 1999 to be the document intermediary for service of legal papers in workers' compensation via the Internet. That concept was way too early for adoption by the industry, so WorkCompCentral became a media outlet, publishing news and education.

But a couple of years ago it seemed that the industry had caught up to technology, so DocuCents was formed and has been growing like gangbusters since. And we know the concept has validity because there are competitors...

For the Berkshire experiment to work, they will need to offer a whole suite of business insurance, make the process simple and elegant (by storing information and pre-filling applications with that repetitive data), and of course price competitive which they should be able to do by eliminating brokerage and agent fees and commissions.

I hope it works. There's no reason why it shouldn't if it is done right, and Berkshire certainly has the resources to experiment, to use the lessons learned with its Geico branded on-line service, and try again if it isn't satisfied.

And I'm happy to save a few hundred dollars on every policy.

Sorry Mike - I like you and appreciate the candy you send every holiday season. But other than that, if I can save money going direct and on-line, then that's where I'm going.

I think, as Bob Dylan wrote, "the times they are a-changin'."
Posted by Unknown at 4:37 AM