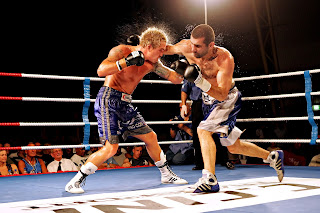 The Workers' Compensation Research Institute's latest study essentially states that financial incentives influence treatment considerations - that capitated systems will cause a case shift away onto fee for service systems, like workers' compensation.

Sometimes those incentives get reversed too - and it's all about who's paying, and who's receiving.

The following comparison that was communicated to me by a reader is anecdotal for sure, but it is illustrative, and alarming. The only real difference in the quantity of similar medical treatment rendered is an elderly man via Medicare versus a middle age woman on workers' compensation. Guess who loses?

We can't get the rehab people to stop treating Same's dad (Medicare), versus Jane (workers' compensation) who can't get anyone to treat her.

Sam's dad, 97,  fell 4 times a few months ago and now the rehab people won't quit. They stop by with questionnaires (all the same) but 3 people have to fill out the same forms. They treat him with occupational therapy 3X/day. He does not want occupational therapy. He's 97, he wants to sit in his chair and read and at 97 he's entitled to do that.

Sam had several meetings telling them to stop the rehab. Then coming up in the elevator after the last meeting to again tell them - NO REHAB for at least 2 weeks.... when the elevator door opened on the 4th floor ..... guess who was standing there waiting to come downstairs -- the rehab woman!

Sam politely asked her if she wasn't possibly at his father's apartment and sure enough she had been -- she'd stopped by to "say hi" even though less than 1 hour earlier Sam had had a 20 minute conversation with her and never uttered anything other than "No, we do NOT WANT REHAB."

Contrast to Jane who fell and has had to beg for care. And has had DOZENS of denials of care for her witnessed, admitted, injury.

The rehab woman for Sam's dad gets paid per treatment, and probably an incentive bonus when she treats over 50 times/week, or something.

By contrast, utilization review, the adjuster and the defense counsel get rewarded for refusing care. Defense counsel gets paid more for every hour he works the file to deny care. UR gets paid per review, and they know the expectation is to deny care. The adjuster doesn't really care since the employer has, no doubt, a large deductible policy and they still get their Allocated Loss Expense. The vendors are allowed to run wild.

Sam's dad is in a high quality, expensive facility with vendors that are ruling the roost, running wild providing unwanted treatments. He was an Colonel in Army, and a university Dean, but is now treated like an idiot by the rehab people.

Jane, on the other hand, has had to find her own care, pay for it herself (including the lodging necessary because the only facility she could afford was too far away for a normal commute) and eventually ran out of money, and options.


Anyway, it's interesting to watch the two different systems and how, in different ways, they mistreat those they serve.

While the WCRI was focused on case shifting into or away from workers' compensation, the real take away is further confirmation, reprehensible as it is, that providers of medical care (and those responsible for managing them) will go where the dollars are, and unfortunately that's not always in the best interests of the patient or injured worker.

Business, after all, is business...
Posted by Unknown at 3:53 AM

Email ThisBlogThis!Share to TwitterShare to FacebookShare to Pinterest
Labels: health care, MPN, UR