One of the curious anomalies in statistics about cost drivers in California is that the southern part of the state is disproportionately represented.

Researchers have implied, but never out-right said, that perhaps one explanation is nefarious activity by various vendors operating in the territory.

Prosecutors recently unsealed an indictment alleging individuals connected to an chiropractor and physician in an illegal kickback scheme - the WorkCompCentral analysis of the size of that scheme revealed that it was responsible for at least $240 million in claimed medical, and that's just from a review of liens that were filed.

Likely the gross amount is much more assuming other bills were paid without contest.

According to the indictments that were unsealed Tuesday after authorities executed search and seizure warrants related to the case, Ronald Grusd, 69, a Los Angeles radiologist, paid kickbacks to a chiropractor in exchange for patient referrals. 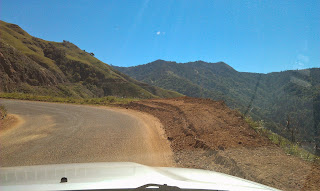 WorkCompCentral reporter Greg Jones found 33,260 liens filed under the names of Grusd, Reese, their medical companies and Foremost between 1990 and 2015 with a total claimed value of $240.68 million.

Jones went further in the analysis by combing the Division of Workers' Compensation's case management system, EAMS, and found the providers and related companies paid $1.57 million in filing fees on the 10,471 claims submitted since 2013.

The total claimed value on the liens for which mandatory fees have been paid is $110.8 million.

Jones found that the volume of liens filed by these providers accelerated unnaturally beginning in 2011.

Then when the drop dead date to file liens to be the implementation of SB 863 filing and activation fees, these vendors doubled their lien filing.

Jones was not able to reach Grusd on Thursday. A receptionist at his office said, "the doctor has no comment."

There's an old axiom in criminal law about invoking the right against self-incrimination: guilt may be assumed by silence.

I was asked once what constitutes a "kickback."

The question isn’t really whether something is a kick back or not. It’s about disclosure and transparency.

Incentives only become an issue if they are hidden (unless expressly prohibited by law).

In other words, if you have no comment, then you should probably think twice about that incentive.
Posted by Unknown at 5:07 AM