An interesting comment was made by James Rainville, MD, at the 17th Annual AAOS Workers' Compensation and Musculoskeletal Injuries course in Boston, MA this past weekend.

But first a little about Dr. Rainville.

Dr. Rainville is a University of Massachusetts Medical School trained physician with a boat load of publications and scientific studies to his name. He's an Assistant Clinical Professor at Harvard Medical School, is Chief of Physical Medicine and Rehabilitation at New England Baptist Hospital, is a member of several professional organizations including the North American Spine Society, American Academy of Physical Medicine and Rehabilitation, and the Physiatric Association of Spine, Sports and Orthopedic Rehab, pecializes in medical management of spine conditions, disorders and injuries and medical musculoskeletal management.

In other words, he really knows his stuff about back and neck pain. 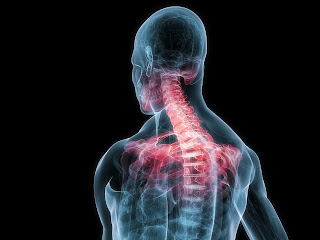 And what he said made me think that our own laws have been a major contributing factor to the dramatic increase in opioid abuse along with the attendant disabilities, deaths and other human horrors that these awful, addictive, destructive drugs wrought on individuals, and ultimately society.

We blame the drug companies for overt pushing because these drugs are big profit.

We blame "crack head" addicts for getting out of control, and then supporting their habits by circling the pharmacy planet so they can make a few bucks on the black market.

We seek to address the problem by creating more complex rules, drug formularies, pharmacy benefit management programs, throwing docs in jail for murder and other circuitous ways of dealing with the problem.

But the opioid "problem" didn't just occur over night. It was brewing for some time, and a big part of the "problem" was the making, I believe, of our own doing ... by legislation.

Dr. Rainville pointed out in his lecture that physicians, when confronted with a case of generalized back or neck pain, should prescribe chiropractic; it is better for the patient that chiropractic be dispensed than opioids, because chiropractors can not (at least yet) make prescriptions.

But chiropractic treatment has come under artificial limitations.

California, in response to abusive chiropractic practices, in 2004 limited by statute the quantity of chiropractic and physical medicine to 24 visits.

I don't know the actual numbers, and I'm not sure anyone has really done a study - but I certainly don't remember opioids being an issue before the artificial chiropractic limitation.

They certainly were afterwards, and it took only a few years for that trend to develop into a hockey stick graph.
A presentation by Joseph Barr, MD, presented some cursory statistics that would tend to support this theory - Oxycontin was introduce to the market around 1996. Rapid increase in the prescription and consumption of that drug started occurring in the early 2000s, about the same time that abusive chiropractic practices were coming under scrutiny.
Could it be that the legislature's good intentions at curbing some small element of the system in fact helped create a much bigger, more sinister problem?

Other states also restricted chiropractic in workers' compensation around that same era.

It may be coincidental, or it may not. I don't have that answer - but there is an interesting correlation nonetheless.

Now we have guidelines, lots of them, that didn't exist in 1996, or weren't well known or adopted by workers' compensation. All of them make evidence based recommendations on the number of chiropractic and physical medicine treatments.

While the claims payer may limit treatment per some guideline, the nice thing about guidelines is that they are only guides ... and can be rebutted by facts or other evidence.

Laws can't be changed, and may be relied upon by payers for short term cost containment to the detriment of long term claim expense and ultimately a destroyed human life. But guidelines don't have to be followed (although in practice I'm afraid these too are all too often relied upon as hard "ceilings" on treatment).

Sure, you don't want some chiropractor providing treatment three days per week for years. There are other sensible ways of corralling incorrigible chiropractors other than hard limits.

Shutting down care absolutely, though, doesn't seem to have been the answer.
Posted by Unknown at 4:28 AM