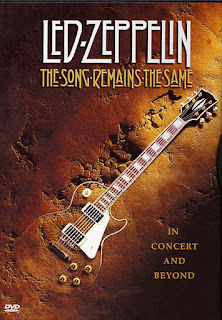 The cost of providing workers' compensation insurance coverage in California by carriers is going down more than the Workers' Compensation Insurance Rating Bureau had projected.

The insurance industry will see $700 million annual savings from SB 863. The original projection was a third of that.

But independent medical review and liens aren't part of the savings.

Bill Mudge, president of the WCIRB, said in yesterday's joint meeting of the Actuarial Committee and Claims Working Group that it can't be determined that there is any one provision of SB 863 by which these savings come from, but it's clear that the bill is responsible.

Medical severity is down, but the cost per transaction is up - nearly canceling each other out.

Eliminating pass through spinal hardware is going to result in more savings than projected (which to me indicates the pervasiveness of that procedure).

IMR itself isn't responsible for the savings; there more IMR requests than originally forecast.

But it's possible that the IMR process is shortening temporary disability duration pending medical decisions.

Chief Actuary Dave Bellusci said there have been no significant increases in total temporary disability benefit payments, which totaled $1.6 billion in both 2013 and 2014, compared to $1.5 billion in 2011 and 2012.

Between the increase in frequency and wages, Bellusci said he expects to see TD payments increase by about 5% per year. The fact that isn't the case "would suggest some reduction in TD duration is happening."

Liens, which was also projected to result in greater savings to carriers, are coming back to life. Filings have been increasing steadily, and Chief Actuary Dave Bellusci said in the meeting that figures from 2013 and 2014 may have been artificially depressed because claimants were trying to avoid payment of the filing fee - now that pent up demand is being processed.

"There's not a lot of evidence anywhere we look of any sort of frictional cost savings," Bellusci said.

Carriers are saving money in the system.

Some will say it is at the expense of injured workers and that those savings are being passed along to other benefit systems, such as general health, social security and Medicare, as costs.

Others will say that employers in California will be seeing more competitive insurance pricing.

Still others will say the insurance industry is staying healthy as investment income continues its moribund state.

These are all fine and well, but there really are only two measures that matter: 1) are injured workers getting benefits the law says they're supposed to? 2) are employers seeing a reasonable value for their investments?

I think that story is still being written.
Posted by Unknown at 4:20 AM