The following is a guest blog post from Lesley Anderson, MD, a practicing knee and shoulder surgery specialist in San Francisco, CA.

Yesterday it was reported that the California Workers' Compensation Insurance Rating Bureau found more savings in SB 863 than imagined, but that IMR volume was much higher than predicted, and that the cost of review likewise was much higher. 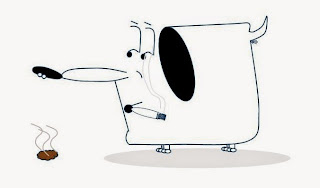 This anecdote may, in an unfortunate way, explain why...

After practicing for 32 years, I have finally had it. People complain all the time about how dysfunctional the health care system is. In many ways it is, with rules and regulations dictating choices caregivers have, and roadblocks for patients to obtain care.

I have a 53 yo patient who has fairly significant arthritis of her knee. She injured her knee on the job, and her job requires her to be on her feet most of the day. She has had surgery twice over the past 10 years and needs a knee replacement, but she is too young. She has been able to continue working by using Ibuprofen when her pain increases.

She called about 3 months after her last visit asking for a refill for her Ibuprofen, which costs about $10-12. She did not feel a need to come in for an exam, as it would take time away from her work. She used it occasionally.

We have to submit a form to her workers’ comp insurance company for approval rather than just calling in a refill, and the adjuster sent it to another doctor to be “reviewed for medical necessity”. This reviewing doctor denied our request. Said they had called the office twice to try to speak to me.

Our notes: "Mark with Mitchell UR called and said you can speak with Dr. Brooks, reviewing physician, if there is any other info you would like to add to the ibuprofen refill request. Mark said you do not necessarily have to call if there is nothing else to add. They already have the last report.”

So I appealed his decision, thinking this was a mistake. I sent our request to the next level appeal, to the “Independent Medical Review”, a board of reviewers the legislature passed in 2012, set up as the final word. Kind of like God… you really don’t know what he/she looks like…There is no list of who is on the board, it is a secret, and after all the records were sent for review, to my surprise, it was denied again.

The 4 page denial stated the according to the Chronic Pain Guidelines I needed to document that she had failed a trial of Tylenol. (She had Tylenol use documented, just not the statement that it had FAILED.) NSAIDS such as Motrin are not for long term use”… This was the first refill in 3 months. What- they want me to give her Percocet instead?

The problem is the law also states that we cannot ask for a review for 12 months. She will have to pay for it herself.

What did it cost to deny a $10 bottle of Ibuprofen?

Request for refill of Ibuprofen……….$NA

Cost to fill out Request for Authorization form 10 min……….$40

My time to prepare appeal, talk to patient to explain denial……….$125

Time away from actually treating patients……….priceless

So let’s see… what happened to common sense for a $10 medication? Why is this happening?

Several years ago, then Gov Schwarzenegger and a few key legislators (called the Gang of 5) put together a bill that required utilization review for all care patients receive in the workers compensation system (SB 899). This was supposed to hold down the rising cost of premiums for employers, avoid unnecessary tests, surgeries, and use of narcotics. In the big picture, there was some abuse, and some of the tenants seemed reasonable.

Instead, an entire new industry was born- Utilization Review Companies, whose job it is to review requests for medications, crutches, a simple sling to surgery requests and every postoperative need the patient may have. Some of the companies deny as much care as possible to save money for the insurance company and have every request from a sling to Motrin reviewed. A few are reasonable and leave the decision to protocols for the adjuster. Many of the physicians are hired from out of state, are not required to practice here, just have a California license. Many are retired from actively practicing. I met one recently at an orthopedic meeting who was at least 80 years old, and clearly was not practicing and had in fact denied an anti-inflammatory for one of my patients.

Has this system saved money for the employer and improved care for the injured worker? NO.

One recent study indicated that over 50% of the cost of care for the patient is in utilization review. If a bottle of Motrin can cost $1000, no wonder.

The people getting hurt here are hardworking blue collar workers, many of whom have never had an injury in their work life. Many do not have English as their primary language, and have limited recourse for denials. Or they hire a workers’ compensation attorney, and this too can increase costs and complicate the case. As physicians, our main goal is to help heal the patient. 90% of the doctors caring for these patients are doing just that.

Only the legislature who passed this bill can make this better. Will I continue to treat injured workers? For the few companies that have reasonable review, yes. But my no-fly list is getting longer by the month. Maybe, only when access becomes a crisis will anything change.
Posted by Unknown at 3:09 AM