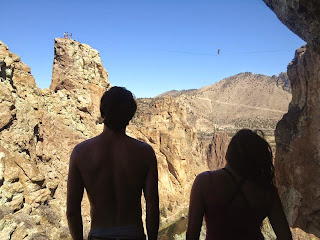 A case out of Pennsylvania demonstrates that nobody wants to pay for an "injury", which is why there is "fault" in workers' compensation, even though it is supposed to be a no-fault, administrative system.

But a Texas case shows why workers' compensation is a huge bargain compared to the alternative - a jury verdict.

Jamie Gahring's had a history of back problems before he became a line cook at the Stoudt’s pub in Adamstown, stemming from a 1997 industrial injury while he was working for R & R Builders.

Gahring told his supervisor that the additional hours he was spending on his feet as a line cook at Stoudt’s Brewing Co. were “making his back worse.”

After a few weeks of this schedule, Gahring said, he started having back pain that grew progressively worse with time.

Dr. Oliveri released him to return to work in January 2013, but Stoudt’s was unable to accommodate Gahring's medical restrictions so they terminated him, and of course Gahring sought compensation.

Gahring filed a claim petition alleging R & R Builders, the 1997 injury, was responsible for the cost of his surgery and his wage-loss during his recovery.

R & R countered that Gahring's back condition was caused by his employment with the pub, and it filed a petition to join Stoudt's to the case.

At the hearing, Gahring testified that he had suffered from ongoing back pain since at least 2002, but it got worse when he started working longer hours at Stoudt's. The complaint to Gahring's supervisor at Stoudt's was corroborated.

The workers' compensation judge found Gahring's back problems were wholly attributable to his employment with Stoudt's, and dismissed Gahring's claim against R & R.

But, the WCJ determined that Gahring had not given Soudt's adequate notice of the claim in accordance with Section 311 of the Pennsylvania Workers' Compensation Act.

Up the appellate chain the case went.

The Commonwealth Court on Monday ruled that Gahring's statement that the additional hours he was spending on his feet as a line cook at Stoudt’s Brewing Co. were “making his back worse” was good enough to forewarn his employer that the aggravation of his pre-existing back problems was work-related, upholding the trial court's findings against the pub.

In the meantime, a Texas jury schooled Tyson foods about being a non-subscriber by awarding an injured worker about $2.2 million.

Asa Ferrell claimed that he twice suffered injuries to his neck and shoulders when coworkers pulled overhead doors down onto him. Ferrell said he also severely injured his back when Tyson put him to work moving heavy boxes in a confined space that didn't allow him to use proper lifting techniques.

So, while an employer may not be happy with the "liberal interpretation" of workers' compensation laws, including notice provisions, in favor of the injured worker, it still beats a civil jury verdict nearly any day.

Lessons learned: work comp DOES have value; and, pick your fights carefully...
Posted by Unknown at 4:03 AM