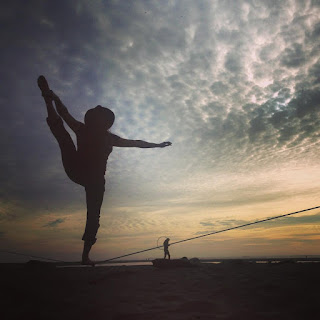 There are laws against disability discrimination.

The Americans with Disabilities Act came into existence back in 1990 among great fan fare. The business world said the ADA was going to make America uncompetitive and destroy the economy. Disability advocates said the law was necessary to even the playing field.

Without an overt, obvious and egregious act of discrimination, though, proving discrimination and enforcing the rules is very difficult.

A recently published study unfortunately confirms that disability discrimination is still very wide spread, and demonstrates much of what I've ranted about in the past: workers' compensation has nothing to do with return to work, and while much of the return to work equation rests with the injured employee's desires, active discrimination on the part of employers plays a big roll too.

The study was a a field experiment that sent job applications in response to 6,016 advertised accounting positions from well-qualified fictional applicants, with one-third of cover letters disclosing that the applicant has a spinal cord injury, one-third disclosing the presence of Asperger’s Syndrome, and one-third not mentioning disability.

These specific disabilities were chosen because they would not be expected to limit productivity in accounting, helping rule out productivity-based explanations for any differences in employer responses.

Half of the resumes portrayed a novice accountant, and half portrayed an experienced one.

The fictional applicants with disabilities received 26% fewer expressions of employer interest than those without disabilities, with little difference between the two types of disability.

Here's a stark reality - while workers' compensation has nothing to do with return to work, it spits out people with "disabilities" even if they don't have any of consequence to job performance.

And people with disabilities can't get jobs.

Perhaps I've taken the wrong view. Workers' compensation has everything to do with return to work, but not in the sense that vocational vendors have been pushing.

For injured workers, again, the lesson is clear: get out of the work comp system as quickly as possible, and work hard to avoid "disability."

The paper is by Rutgers and Syracuse University researchers: Ameri, Mason and Schur, Lisa and Adya, Meera and Bentley, Scott and McKay, Patrick and Kruse, Douglas L., "The Disability Employment Puzzle: A Field Experiment on Employer Hiring Behavior" (September 2015). NBER Working Paper No. w21560. Available at SSRN: http://ssrn.com/abstract=2663198. Thanks to Dr. Jennifer Christian for bringing this study to my attention.