This weekend I witnessed the graduation of my son from The California Maritime Academy.

All the pageantry that one would expect from a collegiate commencement ceremony occurred: speeches from presidents, provosts, admirals, and politicians; band music; cheering; tears; and finally the hat toss. 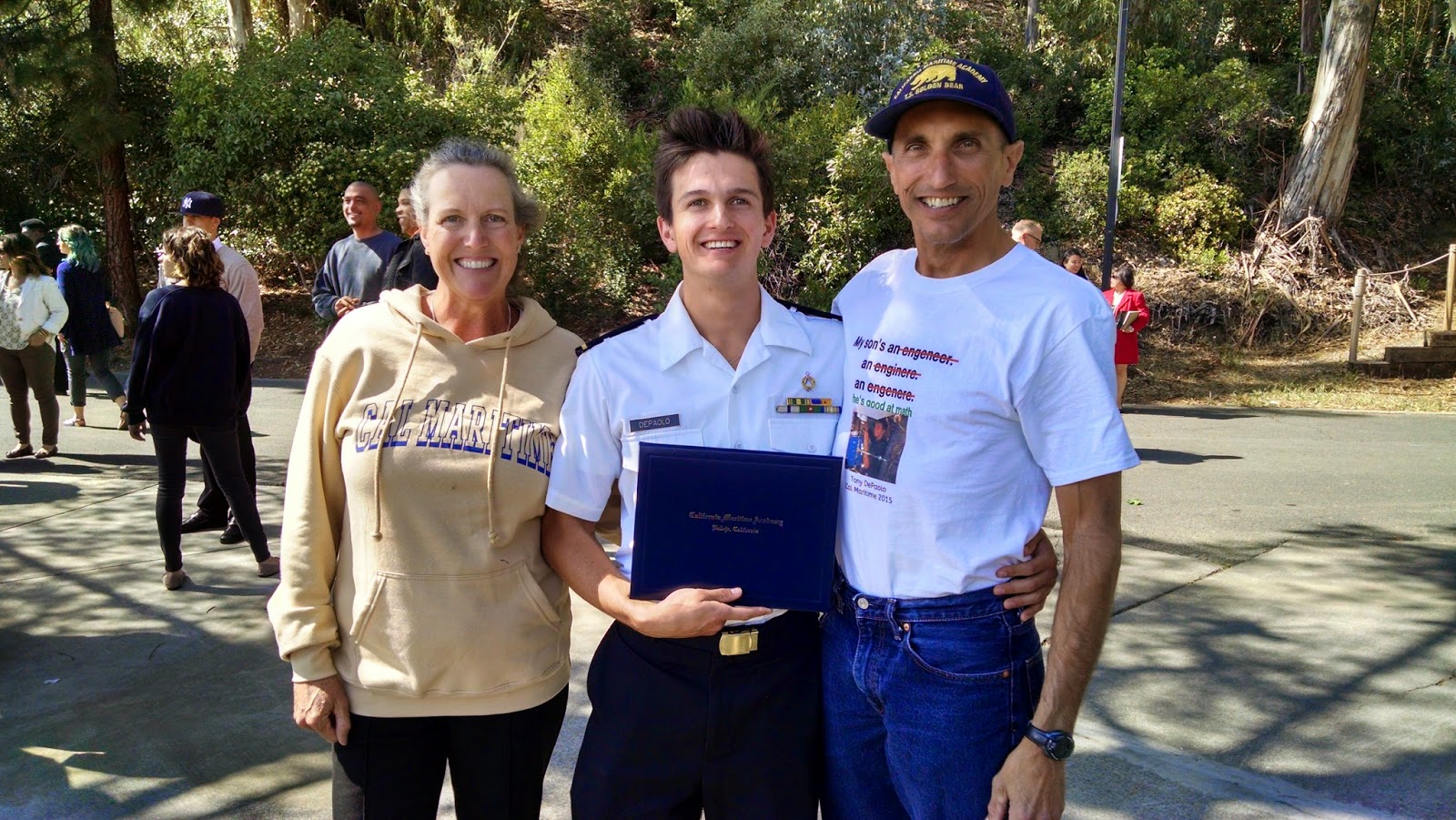 Gabriel Mikulich, who was graduating with a Master of Science Transportation, wasn't the best speaker, but he was the most poignant, when he wrapped up his "seven lessons."

He concluded, admittedly nervous before the audience, "be comfortable being uncomfortable."

The context, of course, was in the course of learning. Being uncomfortable is simply acknowledging challenge, persisting against the odds, knowing that the road is bumpier than we might like.

And accepting that if there is to be satisfaction, the result will be difficult to achieve.

We can talk about legal changes to workers' compensation laws and who is sponsoring which bill to get whatever perceived advantage they might think will occur.

We can denigrate those who criticize the industry and its problems, challenge the "statistics," and poo-poo the anecdotes of bad claims.

We can complain that funding to fight fraud is insufficient, or that too many employers get away with cheating on their payrolls, or that this insurance company or that claims administrator is corruptly passing the trash.

We can point the finger at the lawyers in the system for creating more disability than warranted, or at the doctors for performing unnecessary and dangerous procedures.

We can blame brokers, politicians, regulators, you and me.

There's plenty of blame to go around for everyone. We're all in this together.

Workers' compensation is not, and should not be, a comfortable industry. We deal with injury, death, disability, touchy emotions, anger, denial, frustration - every single day.

And yet the systems persist. People get hurt at work (fortunately much less so than ever before) and some people die. We're a part of the process.

Forget about AB this, or SB that. Forget about those special interests that are more concerned with exacting some leverage from the system for their own personal gain.

Human nature disdains uncomfortable situations. When an injured worker complains about unfair treatment or injustice in the system, it's easy to shrug it off as an angry rant. When an employer challenges the bill, it's easy to dismiss as an uneducated gripe.

Workers' compensation is a team sport. Everyone has a place, a job and a function. The primary purpose, when we peel away all of the layers of complexity that have been built into the systems, is simply to take care of the injured worker.

There is no other true focus - take care of the injured worker and everything else takes care of itself.

This doesn't mean that anything and everything that an injured worker may desire should be granted. We function within a system that has legal limitations, definitions and restrictions. Those are there for a reason: like any relationship there has to be boundaries otherwise all hell breaks loose, people run amok, others get hurt...

But when the good people of this industry work together, and "do the right thing," positive outcomes occur.

And everyone gets rewarded; financially, emotionally, spiritually, physically.

This isn't without challenge every single day. Doing the right thing may mean providing more physical therapy than the law says. It may mean authorizing psychological treatment even though there is no claim for it. You may need to pay a physician more than the schedule says to get the best care possible.

You might have to sit everyone (injured workers, employers, brokers, carriers, adjusters, providers, etc.) down at the same table, break some bread, and work together to do what needs to be done: take care of the injured worker (and don't believe for a moment that the injured worker doesn't have a role in this too).

I believe that, by far and away, the vast majority of people that have chosen workers' compensation as a career want to do good things and help people. But everyone needs to work together in uncomfortable situations. Being rote, following the guides, walking the same path - all too comfortably complacent.

Complacency is what destroys and kills.

That claim isn't going to get better by itself.

The system itself isn't bad. Workers' compensation isn't inherently flawed. The critics have complaints, but doesn't everyone about something?

Nope, workers' compensation isn't perfect, and never will be.

But it is still better than the alternative. Just ask the people of West, Texas. Just ask the families left over from the Rana Building fire in Bangladesh.

Be uncomfortable. Do something that isn't in the playbook, isn't accepted procedure, that may raise the ire of your supervisor - make it the "right thing."

By its very nature, mitigation and management of risk is about staying comfortable. That is itself, however, a risky position.

Be comfortable being uncomfortable. That's how life works and how workers' compensation is.
Posted by Unknown at 3:59 AM