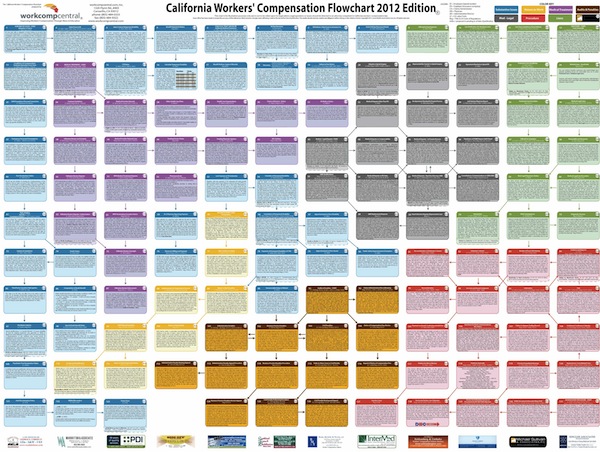 Bobby Stokes, a defense attorney in Texas with the Flahive, Ogden & Latson, uttered what I consider an immutable truth in his presentation Insurance Council of Texas' Spring Seminar yesterday.

Speaking to claims adjusters and defense attorneys, Stokes said, "The focus of our job, our mission, is to provide benefits to people. We can't do that unless we peel away those that aren't proper. That's what the dispute resolution process is for."

I couldn't have said it better.

When I was a young lawyer my managing partner and mentor, Rene Folse, would explain to me over and over again that we, speaking about the defense attorney, were the gate keepers. Our job was to ensure that the people that were entitled to benefits and supposed to get benefits, got them.

And those that were not supposed to get benefits, according to The Law, didn't.

Sometimes that mission gets confused and the dispute resolution process gets used to "punish" or obtain retribution. And sometimes it is used as a club, to wear down or beat up a party or position, or as an economic tool.

We've all seen cases where the injured worker seeks "justice" when he or she feels wrongly treated by the employer (not necessarily the claims administrator).

And we've seen cases where the claims administrator seeks some advantage by forcing a case into the dispute resolution system.

These things occur across all state lines and in every jurisdiction - it's part of living in a "civilized" society. We're supposed to resolve disputes via civilized procedures - we commonly call this "court" though in workers' compensation most jurisdictions use an administrative process that is loosely based on the court system, albeit with much less formality in process and procedure.

The reasons for such informality is because work comp is a benefit delivery system, as noted by Stokes. The job is to provide benefits. When benefits are not provided then the process for determining whether or not benefits are owed and due goes to the dispute resolution process.

What I have seen over the past 30 or so years that I've been involved in work comp, however, is an increase in procedures in the dispute resolution process, certainly in California but in other states as well. In fact Jane Stone, a defense attorney on the same panel as I at the ICT seminar used an illustration we often use in the Golden State, pointing out that the Texas "book" now is much more thick and dense than 10 or 15 years ago.

Back in "the good ol' days" attorneys in California were up in arms when the Division introduced the multi-page mandatory settlement conference statement that had to be completed before anyone conference with the judge.

Now the procedural morass that confronts the parties seems to create more focus on form over substance. It seems the parties are more engaged today in winning on procedure than getting to the substantive issues.

There are only a handful of substantive issues in work comp - it's designed that way to eliminate disputes. So dispute resolution in work comp should not be complicated, nor should it take up much time in the life of a claim.

What we have seen over and over again, however, is that litigated claims make up the vast majority of expenses - by a wide margin - and a good part of that I believe is the increase in procedural litigation.

I'm not putting blame or fault on anyone party, constituency, demographic, etc. It is what it is - this is the system we work in, so we are obliged to play "by the rules."

But Stokes is right - the dispute resolution process in workers' compensation claims is to ensure that the people that are supposed to get the benefits of the system in accordance with the law in fact get them, and those that aren't supposed to get them don't.

It's not supposed to be used as a cost control system.

If we remember that mission then I would be quite willing to bet that overall system efficiency, and ergo expense, would be less, and there'd be more injured workers off the rolls and back to work more quickly, even with all the procedure.
Posted by Unknown at 4:24 AM