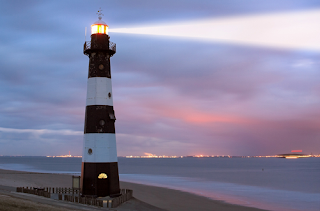 A recurring theme at the 70 Annual WCI Educational Conference in Orlando, FL this week was the media attacks on workers' compensation.

General media has taken an interest in work comp. We've seen stories and anecdotes highlighting the bad this industry does to people in the Los Angeles Times, Baltimore Sun, Texas Tribune, New York Times, and many more.

The media rush came to a head earlier this year with the blistering series published by ProPublica.

The ProPublica series was principally about the disparity of treatments from one state to the next, highlighting the irrationality that one body part is "worth" so much in one state, and a very different amount in another.

The series showed that there was no uniformity, nor logic, to many of the state differences; why an indemnity rate may be so much more or less than a neighboring state, why there are wildly disparate waiting periods or statutes of limitations, why some injuries are covered in one jurisdiction and not another, even whether coverage is mandatory for certain occupations in certain states with certain employers...

There's no doubt that workers' compensation through the years has, as a consequence of its state by state implementation, been painted as failing to generate any predictable, stable medical and financial back stop for injured workers.

And that makes great stories, frankly. While people don't like to read about bad things, there's a human characteristic that is entertained by the odd, unusual, frightening, emotional illogic depicted in these stories.

There's a media funding foundation, Beacon, which operates on crowdfunding sources to provide finances to journalist interested in covering topics that the organization finds appealing. Beacon has partnered with ProPublica to fund further stories on how workers' compensation has degraded, state by state, over the years.

Lead ProPublica journalist, Michael Grabell, says it like this:

"With income inequality and economic fairness at the center of national discussion, workers' compensation provides the perfect lens for examining how the social compact has changed. It is one of America's first safety net programs.
...

"But as a ProPublica investigation has found, state after state has been dismantling its workers' comp system, denying injured workers help when they need it most and shifting the cost of work-related disabilities onto public programs like Social Security Disability Insurance.
...

"With more than 3.7 million work-related injuries and illnesses reported in 2013, these changes are hurting households across the country. But workers' comp legislation rarely gets significant news coverage, in part because it's such a bureaucratic system that varies state to state."

It's easy as an industry to get upset with this tactic. After all, essentially these journalistic sources are prescribing the recipe to follow, directing the story, facilitating a one-sided discussion.

And this industry reacts defensively, frankly further degrading the image of workers' compensation.

I'm a huge promoter of workers' compensation. The concept is fundamentally sound, and I still believe in its ultimate mission: spreading the risk of work injury so neither employer nor employee faces financial ruin in the event of a work place injury.

But over the course of 100 years the focus of that mission has changed; lenses became clouded with special interest cleaning: pitching one idea to lighten the load for one group or another, or tightening the reins on another - all in the name of controlling costs.

The seesaw of changes to the nation's workers' compensation laws, particularly over the past 30 years, invites examination.

There's a common theme to the direction that ProPublica and Beacon are going: federal oversight.

And frankly, the disparity in systems is an invitation to the feds. I still hold, despite denials, that the OSHA report documenting the various studies through the years that point out these discrepancies was not coincidental...

Some of the nation's biggest thinkers in the work comp space see it coming. These are insurance executives, legislative leaders, top scholars all saying (publicly and privately) that workers' compensation laws are so non-uniform that some sort of federal intervention would not be a surprise.

It wouldn't be hard for the federal government to interpose some standards by simply using Medicaid funding as the incentive: follow the Federal recipe or don't get the money - just like what the Department of Transportation did during the 55 MPH mandate.

Workers' compensation is the single largest privatized social benefit system in the world.

It is an important piece of the American economy, and it should be a stabilizing factor to businesses and workers.

As Meg Dalton of MediaShift states, "workers’ comp law has a big potential impact, and backers will respond accordingly."

Will the reporting be fair and unbiased? Maybe, maybe not. But that's not our job in the industry. Our job should be to promote a fair and balanced SYSTEM.

The vast majority of us that work in this system do so because we recognize and appreciate that we can do good things for people in bad circumstances. We operate within the boundaries and restrictions that are provided. It's not up to us to change the law or make the law. Society tells us what to do and when to do it.

I urge you, as a workers' compensation professional, to be part of this reporting. We have a story to tell just as much as any injured worker.

We're not bad people. Workers' compensation is not a bad industry.

We just haven't had a Beacon lighting the way for a long time.
Posted by Unknown at 4:44 AM