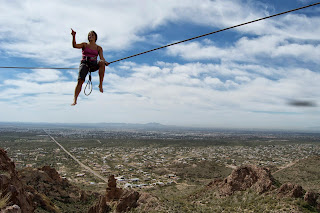 Yesterday I groused about the dog looking at the finger, rather than the moon... Today I head to Chicago to moderate a panel interview at the 101st Convention of the International Association of Industrial Accidents Boards and Commissions.

My panel, Conversations About the Grand Bargain, is about whether workers' compensation fulfills its essential duties in the modern era.

And that brings me back to yesterday's topic - neuropsychologists being eliminated as a specialty from the California Qualified Medical Examiner selection process. Pending before the legislature with nearly unanimous passage through the process is AB 1542, which would statutorily keep neuropsychology an option in the QME process.

The bill was filed after it was announced by DIR that the specialty would be eliminated.

The position of the Department of Industrial Relations is that the category was a mistake 20 years ago and should never have been an option, was missed when the process was visited several years ago, and now that the QME selection process is being automated, which requires regulatory action to implement, it's a good opportunity to clean this up.

According to DIR, neuropsychology isn't recognized by a California medical board, namely the California Psychology Board, so it doesn't meet DIR criteria.

But, the CPB defers to the national board for specialization, and neuropsychology is so recognized, and in fact was the first specialty in psychology to achieve that status.

In fact, neuropsychology is endorsed by the American Academy of Neurology as not only a viable specialty for the evaluation of cognition in brain injury cases, but one of the only specialties for such.

There's more to the neuropsychology and Qualified Medical Examiner issue going on than I gave credit for.

There are some other issues that go beyond the rather minor issue of having a sub-specialty that is nationally recognized (but not by a California specific medical board) as a selection for QME work.

One of the most compelling that was presented to me is that failure to do so may actually increase litigation. The argument goes that an injured worker might see a lawyer hoping to be able to obtain a neuropsychologist evaluator through the AME process.

If the defense doesn't agree, then that doesn't work, but the worker would have already hired an attorney and we know from numerous studies that litigated cases with attorney involvement are responsible for a disproportionately higher level of costs to employers.

So, possibly, the abolition of QME neuropsychologists may actually drive up employers costs.

I suppose an argument could be made that failing to eliminate neuropsychology from the QME selection options would invite other sub-specialties to argue inclusion - but this hasn't happened in 20 years, so why now? Other than the fact that some new regulations are being written, there doesn't seem to be any compelling argument that there's been any change in circumstances to make this change NOW.

We know that the California Applicants' Attorneys Association has developed a legal strategy that promotes pain as a brain injury and thus allowing for psychiatric dysfunction to come back in as a physical injury using AMA Guides Chapter 13. Could it be that the DWC is preventing an onslaught of QME neuropsychology claims? Seems farfetched, but...

I suppose the psychology or physician QME could insist on a neuropsychological evaluation to complete a P&S report, but this is mitigated by Regulation 32 and Regulation 31.7 which, combined, prohibit getting these types of consults. The QME in such a case is to ask the DWC Medical Unit to appoint a random panel in the requested specialty to prepare a new comprehensive medical-legal evaluation.  Since the DWC will not longer track neuropsychologists, the Medical Unit could only select a random panel of QME psychologists and hope that at least one of them is a neuropsychologist.

Yesterday I essentially aired that this whole debate is the dog looking at the finger, rather than the moon the finger is pointing at - and yes, that's exactly what is going on. Whether neuropsychology is an appropriate specialty for QME panel selection is a relatively small detail in the grand scheme of things, but I keep going back to "workers' compensation."

"Workers'" - plural possessive. It's not about employers, insurance companies or the government. This system is supposed to serve "compensation" to workers who are injured on the job, even those who sustain some sort of brain injury that requires astute and accurate assessment from a specialist whose training is particular to that condition.

So what's happened to the Grand Bargain? My guess is that the panel will say just that: we forgot that "workers'" is plural possessive.

Leave neuropsychology as a QME panel option so that "workers'" can get their just "compensation."
Posted by Unknown at 4:19 AM