One of my duties at the International Association of Industrial Boards and Commissions 101st Convention in Chicago yesterday was to participate in a fast paced Ignite! session.

One of those short presentations caught my interest - Jeremy Jackson of the Ohio Bureau of Workers' Compensation briefed a pilot program the agency is testing to see if they can keep folks from getting "lost in the system."

They surveyed stakeholders and found that there was a big disconnect in medical care; that it wasn't okay for the physician tasked with industrial treatment to be the front person, that while we try to hold that person accountable for results there was no feedback to the worker's regular doctor or the community itself. 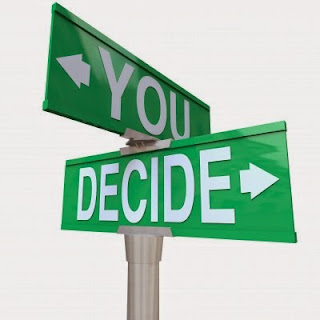 But they wanted to effectuate a change in culture without having to go through legal or regulatory changes.

So, with a test bed of about 30 shoulder injury cases the bureau set out to coordinate care between the industrial doctor and the general MD, who may be following the patient for other conditions that may, or may not, affect the industrial condition.

The purpose was to return to the injured worker and his physicians a sense of control. In the workers' compensation world the injured worker, generally, does not have much control over medical care. He or she is told by some doctor that they were referred to by an attorney or insurance company to accept treatment where there is, on the front end, very little trust, very little communication, and certainly not much of a relationship.

But a lot of people have health insurance or use Medicaid, and a primary care physician that is generally trusted, with whom there is a good relationship.

The Ohio test is to see if that trust gap can be bridged.

So when a claim is accepted as industrial the bureau coordinates communications between the industrial doctor and the general physician so they are talking and treating the whole person, rather than just piece-meal stages.

One of the obstacles that they have found is that there may be a time lag between claim initiation and the determination for coordination because of the need to get medical records to everyone - I'm sure that eventually this can be solved with some technology, particularly as electronic health records become more standard.

And of course the one big advantage that Ohio has that most states don't is that it is a monopolistic system, so all of the control resides within a single entity - as opposed to an open market system where hundreds of insurance companies may require coordination.

It's likely that I'm missing some details. The program just started in July, so elements are still being worked out.

Nevertheless, Ohio is going to regularly publish the results of this experiment, and I'm excited that there is some fresh thinking in terms of at least attempting to deal with the whole person to the extent that the law allows.

In the meantime there appears to be an Illinois scandal brewing - arbitrators that had, or have, workers' compensation claims against the state don't get invited back.

WorkCompCentral reported the trend this morning, documenting each arbitrator that was still serving and who had or still has a claim do not get reappointments.

That pretty much sends a message...
Posted by Unknown at 1:40 AM

Email ThisBlogThis!Share to TwitterShare to FacebookShare to Pinterest
Labels: Illinois