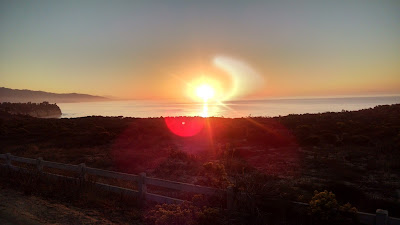 While a committee of the International Association of Industrial Accident Boards and Commissions is about to finalize a paper (due out at the end of this year) it is preparing to educate the workers’ compensation industry about return to work, I think the philosophy adopted by United Airlines under their Corporate Director for Safety, Joan Vincenz, may be a better, less contentious, and less risky, approach.

Study after study shows that people need work. It provides purpose, routine, accomplishment. It is necessary for physical and mental health. People who work are, overall, happier and healthier, and live longer, more fulfilling lives.

The objection to a return to work philosophy, though is that there is potential for abuse. Workers may be returned to light duty, but end up doing work that is beyond their physical abilities at the time. There may be opportunity to fudge status or pressure to expedite the process.

It comes down to communication, and enforcement. Clear communication about a worker's abilities needs to be transmitted and understood to everyone, and there needs to be a method of ensuring that any restrictions are clearly observed.

Both are difficult to achieve in any environment.

Some states have tried engaging the employer and employee in the process with incentives. Mostly, I don't believe these work, because the incentives are one sided - to the employer (or insurance company).

California's incentive system failed miserably, in my opinion. This attempt tried to provide a benefit to the employer (mostly insurance carrier) by decreasing the permanent disability indemnity award if the worker was brought back (and imagine the worker's chagrin that he gets cheated out of a benefit for going back to work...).

The flip side of the California equation was that the indemnity award would be increased if there was no offer of return to work. Obviously this process generated misguided, and lopsided, policies.

Oregon's policy is to reimburse the employer for half of the wages for 66 days of light or transitional work. Again, the incentive is lopsided. Workers might benefit from return to work, but sometimes there needs to be a better reason.

My panelist in the Conversations session at the IAIABC convention, Vicenze told the audience that United Airlines has a "return to health" policy.

The idea is that sometimes an employee is not going to come back to the job. Sometimes the injury was too severe, sometimes there are other factors inhibiting return to the job.

But the universal goal is to get the injured worker back to as good of health as is possible - one can not go back to work unless one is healthy. If one is healthy then getting back to work is the next step and generally not a big step.

But without health, there can't be that second step.

Which makes a lot of sense to me. And Vincenze says her company has seen great success with that philosophy.

Often, though, success is in the details.
Posted by Unknown at 4:04 AM